Ecuador solidarity movement calls for the end of US blockade 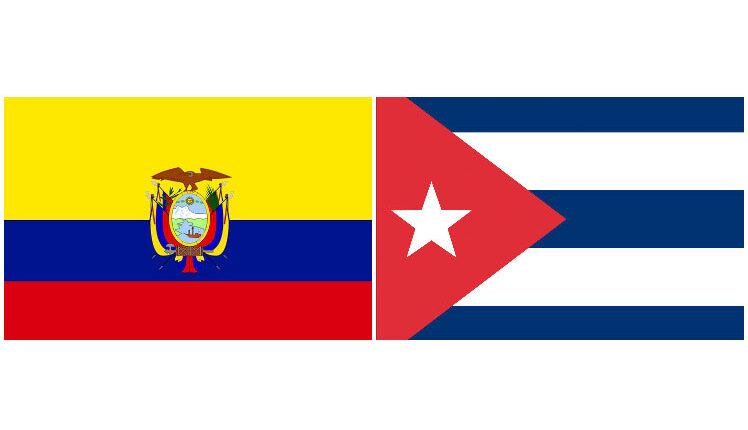 Ecuador solidarity movement calls for the end of US blockade

“62 years ago a nation decided to write its own destiny and divest itself of imperial and capitalist domination, declaring itself free to build its own form of government with no foreign interference. Since then, it faced threats, attacks, invasions, sanctions, discredit campaigns, falsehoods, provocations and dirty war,” the Ecuadorian movement said.

In a manifesto released on social networks, the movement added that since January 1, 1959, the Cuban people decided to build their own path to socialism. They have developed and resisted willingly despite severe damage caused by the US blockade.

“The economic, commercial and financial US blockade is a cowardly, genocidal, excessive, illegal and illegitimate act against Cuba, a country that is an example in many areas, but mainly in health,” the statement said.

In this regard, it described as meritorious the work of the Cuban Medical Brigades that for many years have aided save lives around the world.

As for the United States, the movement defined it as the nation that really ignores international conventions and flagrantly violates the human rights of those who dare to refuse to follow its guidelines, impositions and threats.

“The United States was wrong with Cuba. Acts of war do not bend the people, we are sure of that. Cuba will continue upholding the inescapable truth that it is on the right track and lives in a true participatory democracy, with full respect for human rights.”

However, it condemned the radicalization of the blockade and its actions with the declared intention of isolating, stifling and blocking Cuba as well as creating unrest in its people, in order to weaken their decision to be sovereign and continue along socialist path.

“We reiterate to the world that the Homeland of José Martí and Fidel Castro is not alone (…) Stop this criminal blockade. Long live Cuba!”