Experts highlight validity of the II Declaration of Havana 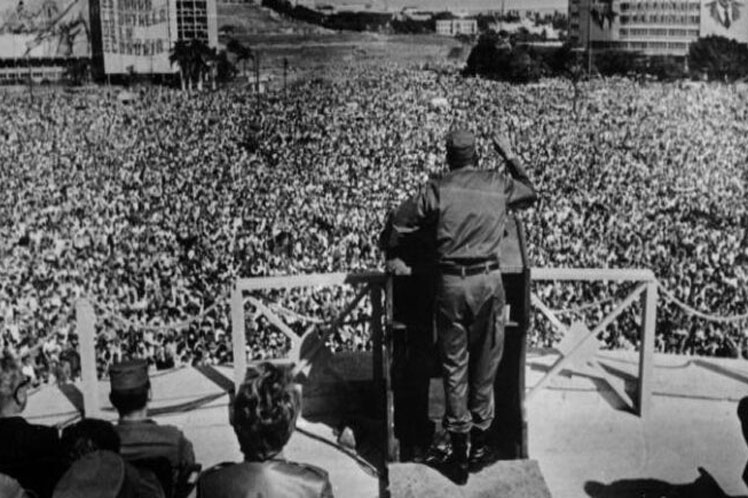 Experts highlight validity of the II Declaration of Havana

Havana, Feb 4 (Prensa Latina) Researchers today highlighted the importance and validity of the Second Declaration of Havana, which they described as a fundamental fact of the international projection of the Cuban Revolution.

During a panel on the 60th anniversary of this event at the Higher Institute of International Relations, Eduardo Delgado, professor and prominent diplomat, referred to little-known passages of that moment and events that preceded it and that appear in a still unpublished book called La Cuba’s diplomatic battle in the OAS.

Among the revelations, he pointed out the confession of the Peruvian foreign minister to his Cuban counterpart that his country had been in charge of convening the San José meeting in Costa Rica in which they sought to condemn Cuba in 1961.

He pointed out that in order to reach the necessary votes to convene the meeting in Punta del Este, Uruguay, the United States agreed to give a loan to one of the undecided countries in their vote.

However, he specified that everything that was done against Cuba in the OAS was illegal because the Charter of the 1948 constitution did not contemplate the separation of any of its members.

Luis Suárez, writer and researcher, stressed that the commemoration of this event was an opportunity to return to this history which are the foundation stones of Cuban, Latin American and anti-imperialist Marxism and the external projection of the Cuban Revolution.

The Second Declaration of Havana was an act of democracy approved in the General Assembly of the Cuban People, and also a cultural fact because it speaks of the need for a battle of ideas and a break with traditional concepts of the world communist movement.

Rafael Hidalgo, a researcher at the Institute of History, referred to the contributions of the document with its complex analysis of the Latin American reality, pointing out the sectors that could lead revolutionary movements and the causes of underdevelopment in the region.

The document outlines social problems of the continent that are still pending solution and raises the unity of peoples as a necessity to achieve success, he added.

The Second Declaration of Havana reaffirmed the socialist and Latin American character of the Revolution and reflected the decision of the island to resist and build socialism, despite difficulties or pressure.

A day earlier, on February 3, 1962, the president of the United States, John F. Kennedy, signed executive order 3447 that formalized the blockade against the island, a measure that sought to suffocate the Revolution and that is still in force, despite the international rejection.