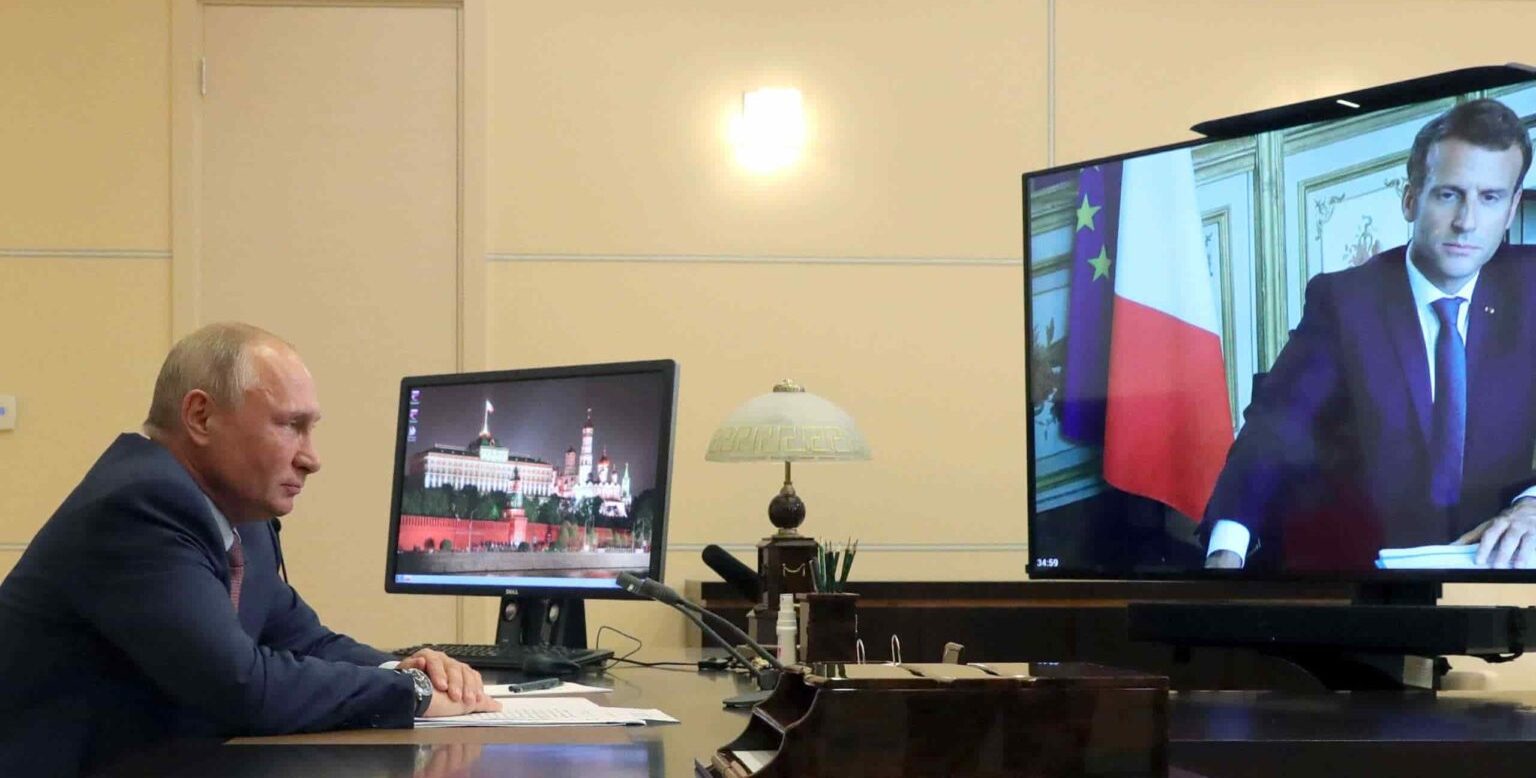 Speaking to reporters after the meeting, Putin said NATO’s “open door” policy for any country interested in joining the bloc constitutes a loose interpretation of principles of the United States and other member nations.

The French head of state reiterated to his counterpart that concerns in Moscow’s proposals on security guarantees were ignored.

Putin said he agreed to have a phone call with Macron after the latter’s visit to Ukraine tomorrow.

Both leaders began the face-to-face meeting in the Kremlin and then continued during a working lunch. At the beginning of the dialogue, Putin said there is a “good atmosphere between Moscow and Paris to foster relations between the two countries in general.”

In the protocol part of the meeting, the Russian president highlighted the increase in trade between the two countries in 2021, after the decline caused by the start of the pandemic.

He stressed that in the Covid-19 period, bilateral trade fell 15 percent, but in the first 11 months of last year it increased more than 70 percent, with which “it reached the pre-pandemic level and I think it slightly exceeded it.”

Putin warned that he had not met with Macron for two years, so many issues have accumulated which, in his opinion, should be discussed directly. However, he stressed that at that time contacts were never interrupted.

In this sense, he drew attention to the links in the political sphere through the Foreign Ministries and to the recent meeting in the format two plus two, between the ministers of Defense and Foreign Affairs of both nations.

The security situation in Europe is a matter of common concern for Moscow and Paris, said the Russian head of state, who thanked France for its active participation in decisions related to European security, the TASS news agency reported.

The French president, for his part, expressed his hope of being able to find collective and useful answers to security questions, both for Europe and for Russia.

“Such a response will prevent war and create stability, transparency and trust for all,” he stressed.