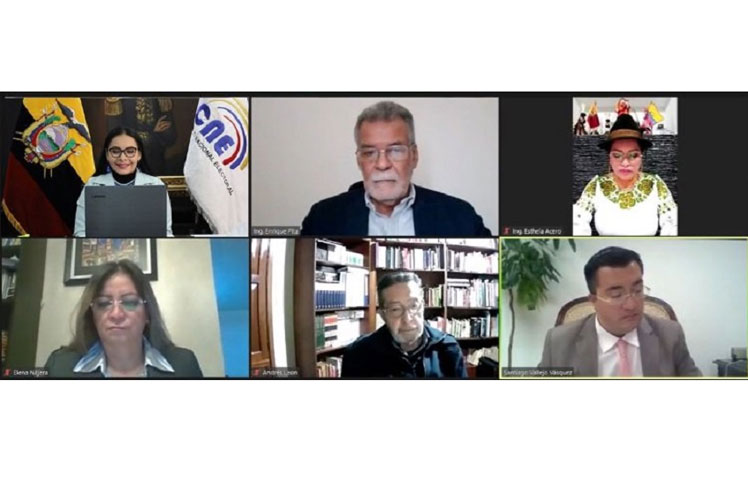 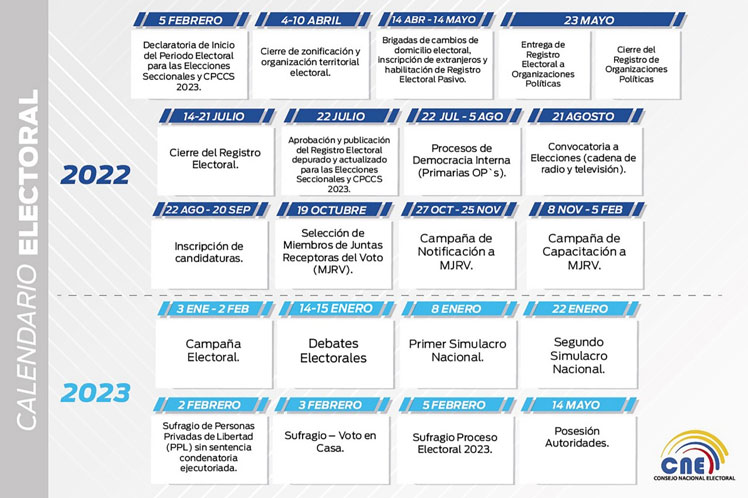 These elections will allow the election of prefects, vice-prefects, mayors, councilmen, members of parish councils and the seven members of the Council of Citizen Participation and Social Control.

Once the beginning of the new electoral period was declared, last February 5, the plan drew up by the entity began to run, which will have multiple previous activities this year and will close with the swearing in of the new dignitaries.

In this sense, in plenary session, the councilors defined from April 4 to May 14, 2022 to close the electoral territorial organization, as well as to carry out the work of changes of electoral domicile and registration of foreigners in the electoral roll.

The closing of the registry of political organizations is foreseen for May 23 and from July 14 to 21 the electoral roll will be sealed.

The CNE established August 21 as the date for the official national call for the elections in order to make way for the registration of candidates, among other tasks of the organization.

As from January 3, 2023, the electoral campaign will start and during that month two voting simulations will be held, on January 8 and 22, in addition to debates.

Voting will open on February 2 with the early suffrage of persons deprived of liberty without an executed sentence, followed by the vote at home and on February 5 the polling stations will open for the national voting day.

On its side, since the end of January, in an extraordinary session, the Electoral Contentious Tribunal (TCE) reiterated its permanent commitment to coordinate and support all the activities of the schedule.