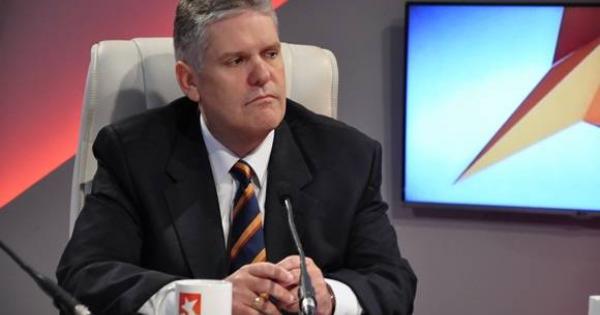 The broadcast agenda includes a conversation with the deputy prime minister and head of Economy and Planning (MEP), Alejandro Gil, who will address vital issues for the country’s development.

Tonight, the minister will address the progress of the Cuban economy at the beginning of this year and the impact of the measures adopted as part of the Economic and Social Development Strategy, and inflation.

They also closely follow official statements in this regard by researchers, businessmen and specialists, and especially the people, in difficult times due to the Covid-19 pandemic, but with optimism on the part of the authorities.

Gil recently declared to the press that the government has not renounced the goal of growing six percent in economic matters. This was announced despite the tense situation in the country due to the incidence of the Covid-19 pandemic and the intensification of economic, commercial and financial obstacles, due to the blockade imposed on Cuba by the United States.

At that time, the minister clarified that this expected increase for the closing data of 2021 of the Gross Domestic Product (GDP) is calculated with respect to the result of the previous year, when the Island suffered a contraction of 11 percent.

He said that growth that does not imply a considerable increase in the level of activities and offers, because it would be below the horizon of economic activity of 2019.

He stressed on that occasion that if he believed in 6 percent in 2021 and around the same figure for this year, the island economy would be in recovery (at the end of 2022).

This would be the same GDP step with which 2019 closed, calculated —at constant prices— at about 56.9 billion pesos (CUP, equivalent to 24 dollars at the official exchange rate).

He mentioned that although the tourism sector is the driving force of the economy and has not yet managed to reactivate, other sectors show better dynamics than planned, such as the export of nickel whose value on the international market exceeds 17 thousand dollars per ton.

Due to these elements, on the one hand worrying, but encouraging in the case of the tasks undertaken to resolve the different situations, the appearance of the headline this Thursday increases the expectations of economists and the Cuban people.