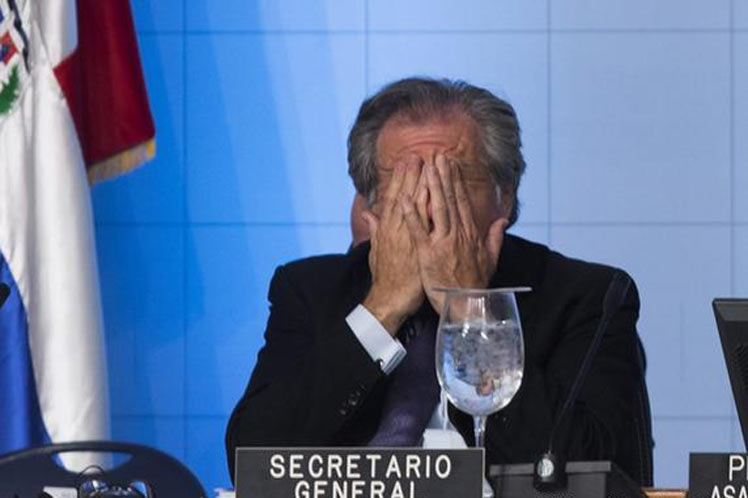 “The OAS General Secretariat transgressed the most basic and fundamental principles of transparency, suitability and, finally, we do not expect Mr. Almagro to apologize, but rather to take responsibility for the events that have occurred in Bolivia,” he said. Héctor Arce, ambassador of the South American nation before that regional forum.

Former Minister of Justice of the ousted government of former President Evo Morales, Arce stressed the importance of the document that the OAS Permanent Council will debate on March 2.

In this regard, he expressed the hope this international organization knows the truth of what happened “and this type of situation does not occur again in any context or under any circumstances.”

The ambassador recalled that from the publication of the report of an alleged audit of the general elections of October 20, 2019 by Almagro at 04:05 (local time) on November 10 of that year, violent events were triggered that led to in the constitutional rupture of Bolivia.

“The report that is published, according to the GIEI report, at 04:05 in the morning by the General Secretariat of the OAS, an apocryphal report, full of falsehoods, full of situations that did not correspond to the truth, nor to reality”, Arce reiterated before representatives of the media.

He described that after this event, irregular situations occurred ranging from the request for the resignation of a constitutional president by members of the Armed Forces, to the self-proclamation of a person not included within the line of substitution provided for in the Magna Carta.

The former minister commented that the Police joined this attitude in the midst of acts of extreme violence in the country with the kidnapping of relatives of officials, occupation of houses, burning of homes, acts of uncontrolled aggressiveness that Arce links to “that fraudulent report” of Almagro.

In this sense, the ambassador considered it important that next March 2 representatives of the 35 member countries of the OAS know the transgressions committed by Almagro through the GIEI report.

He emphasized that the document established that massacres, summary executions, torture and illegal detentions were committed in Bolivia during the de facto regime of Jeanine Áñez in 2019.

Arce concluded that if there was any fraud in Bolivia in 2019, it was precisely the report from the OAS General Secretariat at 4:05 a.m. on November 10.