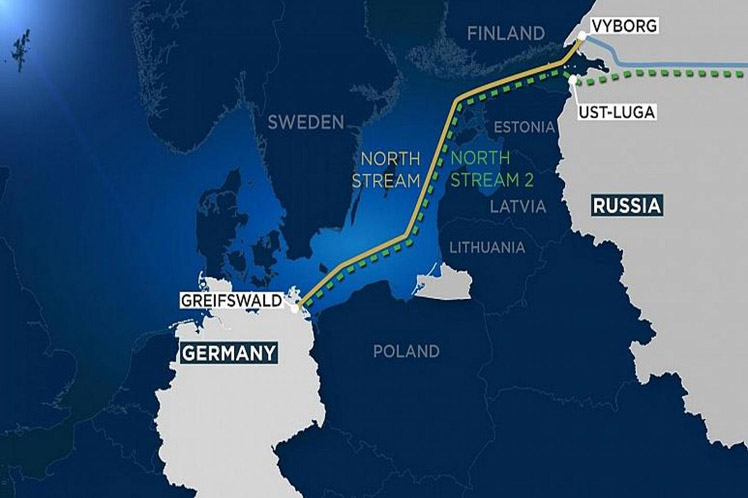 In his statements, the president announced new sanctions against Russia, especially against the gas pipeline that would supply gas to Germany and other Western European countries that depend, in some cases, on 90 percent from the supplies of the Eurasian giant.

The White House and its allies, after ignoring Moscow’s security demands regarding NATO’s expansion to the east, now assert that the Kremlin’s recognition of two self-proclaimed regions as independent republics is a resounding challenge to international law that poses a risk of war.

Biden referred to the Kremlin’s actions to protect peace in those two regions as “an invasion”, which led him, according to the US leader, to announce new and harsh punitive sanctions.

European leaders together with the United States consider that these measures will bring severe economic consequences for Russia, although experts assure that Moscow has the resources and the necessary capital to face them, without discounting the support of China and other ex-Soviet republics.

Although this Monday members of the Security Council avoided accompanying the White House in its orchestrated campaign against Russia, the president said the Russian action is “a flagrant violation of international law and requires a firm response from the international community.”

Biden pointed out that his country is imposing a “total blockade” on two large financial institutions of the Eurasian nation and “comprehensive sanctions” on Russian debt.

Some experts point out in this regard that Russia has reserves close to 630 billion US dollars.

In his speech, Biden said: “We will continue to escalate sanctions if Russia escalates.”