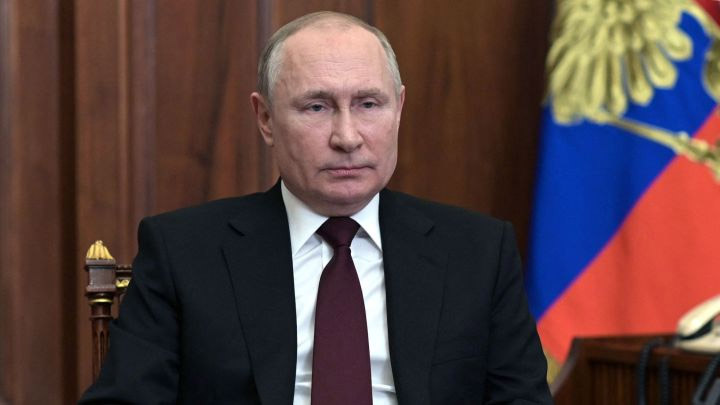 “I did not say that the troops would go there right now, at the end of the meeting with you here,” the head of state assured in response to a journalist who asked him how far the Russian Army could go in Donbass.

He pointed out that it is impossible to predict a specific scheme of possible actions, “it depends on the specific situation that is developing there, on the ground,” he said.

However, the president confirmed that the country will provide military assistance to Donetsk and Lugansk.

He stressed that the agreements signed the day before with the representatives of those territories include relevant clauses establishing the Russian commitment to provide aid to those republics, including military assistance.

He added that with this decision, Russia “makes it clear that, if necessary, it intends to fulfill its obligations,” the Kremlin’s official website said.

In another part of the exchange, Putin said that Moscow recognized the DPR and the RPL within the limits established in their constitutions.

However, he underlined his hope that all controversial issues will be resolved during the negotiations between the current Kiev authorities and the leaders of these republics.

According to Putin, the recognition of the republics of the rebellious region of Donbass was dictated by the public declarations of the Ukrainian leaders that they were not going to apply the Minsk agreements.

“What do we expect next? Wait for this mockery of the people to continue, this genocide of nearly four million people living in these territories? It’s just impossible to watch,” he said.

The president considered that after the recognition of the people’s republics of Donetsk and Lugansk the Minsk agreements no longer exist.