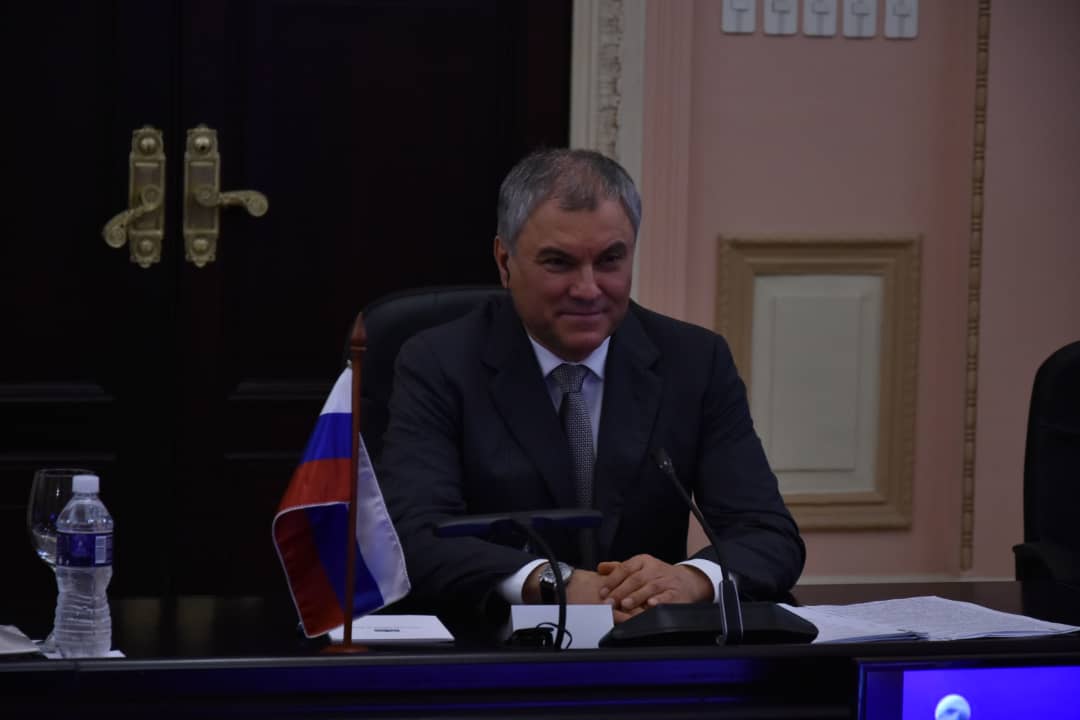 During an interparliamentary meeting, the president of the National Assembly of People’s Power of Cuba, Esteban Lazo, said that the United States and the North Atlantic Treaty Organization (NATO) must take seriously and realistically the justified Russian demands for security guarantees.

This Wednesday, the Cuban Foreign Ministry issued a statement in which it advocates a diplomatic solution through constructive and respectful dialogue and to address Russia’s well-founded claims for security guarantees.

Volodin pointed out that the day before the State Duma fully ratified the Treaties of Friendship, Cooperation and Mutual Aid with the Donetsk and Lugansk republics because it constitutes the correct solution to the situation that exists in those two territories.

He explained that Russian citizens live in these regions and when the shooting started again, women, children and the elderly immediately went to Russia, hence the decision to recognize them in order to stop the aggression and protect civilians. Volodin denounced the bloodshed, the disregard of the Minsk agreements and the need to rebuild the security bases and NATO to return to the 1997 borders in order to reduce tensions.

To date, around 96,000 residents of the Donetsk and Lugansk People’s Republics have arrived in Russia since the start of the evacuation on February 18, due to intense bombardment by Ukrainian forces, which caused damage to various civil infrastructures.

Volodin and the delegation that accompanies him began a visit to Havana this Wednesday, Defender of the Fatherland Day in Russia, with a tribute at the Monument to the Soviet Internationalist Soldier and later visited the Fidel Castro Center.

In the meeting with Lazo, both parties agreed to boost the current dialogue mechanisms in order to give greater impetus to the government cooperation programs that are implemented.