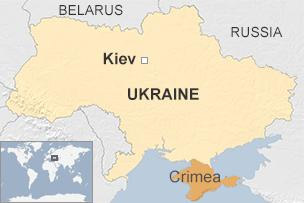 In a wide and detailed article, the publication details that during the last eight years, Washington provoked Moscow with actions such as the refusal to recognize the demand to stop NATO expansion.

Showing how the West tries to impose the idea of Russia as an aggressor, Covert Action pointed out that most of the provocations in recent days were developed by the Ukrainian government.

An undeclared and hidden motive for the war, he stressed, is the collapse of the American economy and the apprehension of the elite about the Russian-Chinese alliance which threatens to end the era of Washington’s unipolar power and which the United States will try to break at any human cost, it underlined.

The analysis pointed out that so far the White House did not present evidence or details about “credible information” of Russian plans for an invasion of Ukraine while it is Ukrainian forces that are lined up on the front with Donbass with the possible intention of launching an offensive.

Other sources cited by Covert Action address the problem of Europe’s dependence on Russian gas and U.S. plans to prevent the new Nord Stream 2 pipeline to Western Europe from coming on line.

The magazine pointed out that in recent times there has been a parade of liquefied natural gas tankers from the United States to European ports while “the price of natural gas has skyrocketed in Europe”.

Citing The New York Times, the analysis stated that gas futures in Western Europe were “about five times U.S. prices,” and the long-term price of cutting off Russian gas is even higher, it said.

Forcing the Nord Stream 2 pipeline to be replaced by tanker deliveries would be a bonanza for U.S. energy companies, it noted.

The publication quoted economist Michael Hudson as saying that “the only way left for U.S. diplomats to block European purchases is to goad Russia into a military response and then claim that the retaliation for this response outweighs any purely national economic interest.”

Covert Action added that despite pressure from Washington, European nations advocate reviving the Minsk II peace agreement, signed by France, Germany, Russia and Ukraine in 2015 and then unanimously ratified by the UN Security Council.

That agreement would guarantee the autonomy of Ukraine’s eastern provinces, putting an end to a civil war that caused at least 14,000 deaths and is now flaring up again.