Crisis between Russia and Ukraine misrepresented in the US 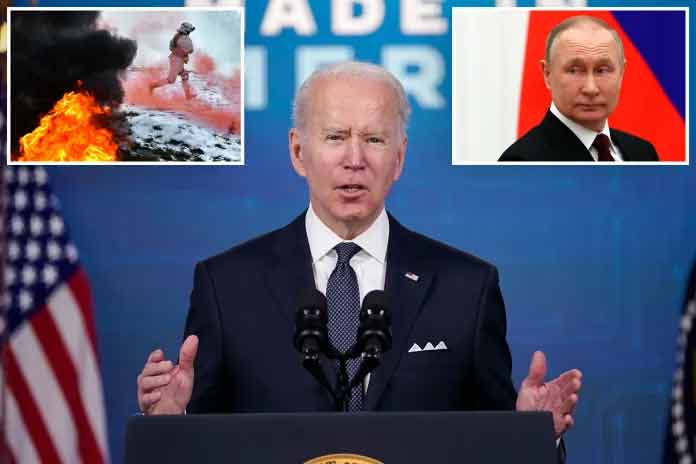 Crisis between Russia and Ukraine misrepresented in the US

In an article published in CovertAction Magazine, Hank and Kuzmarov explained that Ukrainian citizens, mostly Russian-speaking, urged the Kremlin to save them from US-backed invaders and neo-Nazi militias.

Russian President Vladimir Putin stated he had no intention of occupying Ukraine, but that he wanted to “demilitarize and denazify Ukraine”.

Following these statements, US President Joe Biden stated that Russia had opted for a premeditated war that will bring with it a catastrophic loss of life and human suffering.

“Biden’s assessment is wrong, considering that Russia has been repeatedly provoked over the past eight years,” they explained.

In the text, the analysts recalled that in February 2014, the United States supported the overthrow of Ukraine’s pro-Russian leader, Viktor Yanulovych, after he rejected a loan from the International Monetary Fund that would harm that Eastern European country.

Since then, “Washington has provided extensive military aid and training to the Ukrainian armed forces as they brutalize the people of the nation’s east,” they commented.

After the recent tensions, which surfaced after the White House’s insistent claims about an “imminent military intervention” by Russia, the northern country has imposed extensive sanctions against the European giant.

The measures, according to experts, amount to an act of war, as the North Atlantic Treaty Organization (NATO) expanded its military forces to Russia’s borders and planted missiles in Poland and Romania.

Biden’s claim that the Russian invasion was unprovoked is undermined by the fact that Ukraine precipitated the war by attacking the breakaway eastern provinces in violation of the Minsk peace accords.

On Monday, the Kremlin captured a Ukrainian soldier and killed five others after they crossed into Russian territory in Rostov, right on the Ukrainian border.

Moscow also reported that several hundred US mercenaries had arrived in Ukraine in the last week.

“The real story is completely absent from the American media,” they concluded.