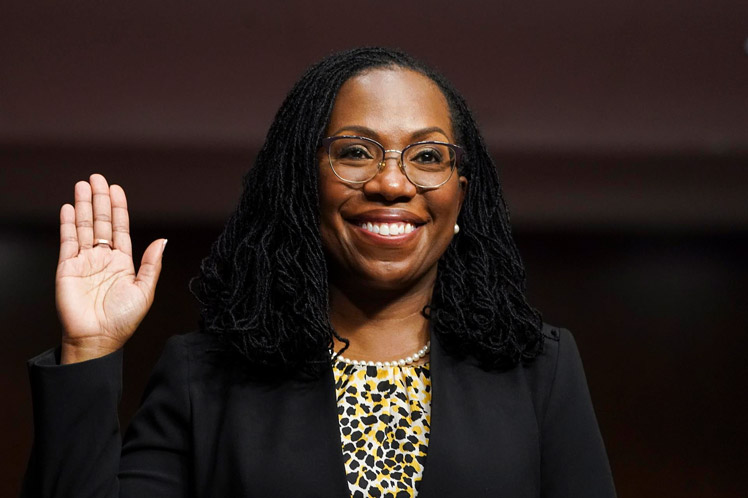 Biden’s decision caps a month of close deliberations at the White House over the replacement of Justice Stephen Breyer, 83, who is set to retire at the end of the highest judicial body’s current term this summer.

If confirmed, Jackson, 51, is expected to round out the highest court’s liberal wing, which includes Sonia Sotomayor, 67; and Elena Kagan, 61.

With the election of the current federal appellate judge in Washington, D.C., Biden fulfills his 2020 campaign promise to make history by nominating the first African American to that position.

Other candidates he considered for the position included J. Michelle Childs, a US district judge in South Carolina; and that of the Supreme Court of California, Leondra Kruger.

Her appointment would set in motion what is likely to be a highly polarized process in the Senate, split 50-50, with the tie-breaking vote on the shoulders of Vice President Kamala Harris.

During her confirmation hearings for the D.C. Last spring, Jackson faced heavy questioning from House Republicans.

Before becoming a judge, Jackson spent two years as a federal public defender in this capital and is noted for being a fair, balanced and serious magistrate who would not be influenced by the political dimensions of a case, The Hill newspaper reported.

The Supreme Court is made up of nine judges, six of them are conservative, of which three were appointed by Trump (2017-2021) and the incorporation of Jackson would not change the balance.

Breyer’s upcoming departure will allow Biden to push for the nomination and confirmation ahead of the midterm elections in November.

That would make things easier for the Democrats, who have 50 of 100 seats in the Senate and the qualified vote of the vice president, Kamala Harris.

The midterm elections, which will renew the House of Representatives in its entirety and a third of the Upper House, represent a great challenge for the Democrats since everything indicates that they could lose their control in the Capitol.