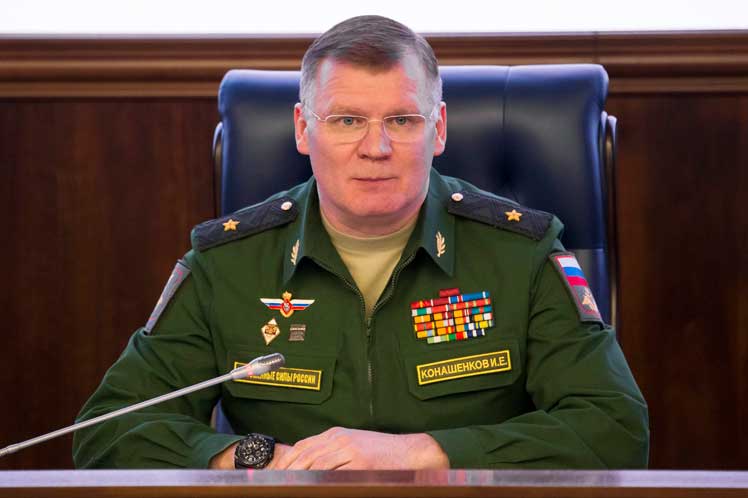 According to his report, 17 command posts and communication nodes of the Armed Forces of Ukraine, 19 S-300 and Osa air defense missile systems, and 39 radar stations were destroyed.

He noted that units of the Russian Armed Forces have blockaded the Ukrainian cities of Sumy and Konotop and are taking measures to ensure the safety of civilians in those cities and nearby settlements.

Konashenkov said large quantities of weapons supplied to Kiev in recent months by Western countries, including the US Javelin anti-tank missile systems and the UK’s NLAW, were seized during the combat actions.

This Thursday, Russian President Vladimir Putin, in a televised speech, announced the start of a special military operation in Ukraine to protect the population of Donbass and “demilitarize” the country.

Moscow recognized the independence and sovereignty of both territories and signed treaties of friendship, cooperation and mutual assistance with their leaders, which included the establishment of diplomatic relations and military aid.

The Russian Ministry of Defense assured that its Armed Forces do not launch attacks on Ukrainian cities, but rather against military infrastructures, air defense facilities, airfields and military aviation with high-precision weapons. He stressed that the civilian population of Ukraine is not threatened.

According to Putin, Russia does not plan to occupy Ukrainian territories, but rather to defend the right of the peoples of Ukraine to self-determination.

He also reiterated that Moscow cannot allow Kiev to acquire nuclear weapons and further militarize, which is a danger to Russia’s security, and said NATO’s continued eastward expansion is unacceptable.