Cuban collaborators in Angola give their opinion on the Family Code 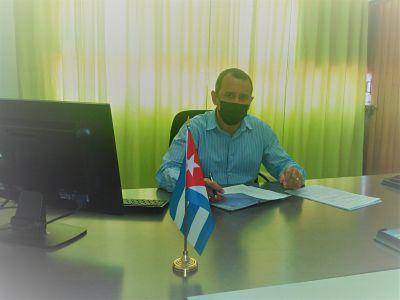 Cuban collaborators in Angola give their opinion on the Family Code

Presa Latina learned first-hand some of the concerns, attending a pilot assembly in Luanda on Tuesday, taken as a point of reference for the organizational needs of the special electoral commission, here in charge of conducting the process.

The interventions dealt with different issues, among them, those related to the protection of old age, the rights of children and adolescents in the family, parental responsibility, the duties of children, adolescents and young people, the obligation to provide food , solidary gestation and the common goods of marriage.

As explained by the secretary of the electoral commission, Enrique Santaelena, around two thousand members of the island’s state mission will take part in this democratic exercise and, when the time comes, they will also have the right to cast their vote, secret and direct, during the referendum.

Speaking to Prensa Latina, epidemiologist Mabel Ávila said she was satisfied with what happened at this first meeting in Luanda, because “we expressed our concerns with maturity and a sense of responsibility, seeking the best for our families.”

According to colleague Dailys Velázquez, a specialist in Comprehensive General Medicine, the project “has an inclusive, fair and humanistic character, which responds to the reality of Cuban society.”

Always, answered the doctor, there will be discrepancies and concerns, which she cataloged as “a logical process, in the search for a collective formulation for an issue as sensitive as this one.”

For her part, the coordinator Ana Margarita Ibáñez reported that more than a dozen similar exchanges will be held in Luanda during the month of March, with around 450 collaborators, most of them specialists in the health sector.

On a national scale, Santaelena explained, the consultation process will reach all the provinces, since Cuban experts provide services in 151 of the 164 municipalities of Angola.

The representative of the electoral body also highlighted the creation of conditions to hold the debates, under strict compliance with the biosecurity measures established by the Covid-19 pandemic.