Motion to condemn Russian operation in Ukraine fails in Peru 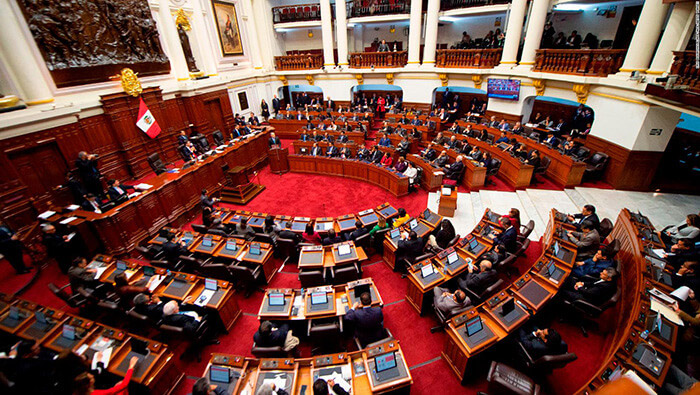 Motion to condemn Russian operation in Ukraine fails in Peru

The motion was presented by the head of the Foreign Relations Commission of the Congress of the Republic, Ernesto Bustamante, who called to condemn what he called “serious and flagrant violation of the general principles of International Law.”

Bustamante thus contradicted his previous opinion that his country, due to the importance of relations with Russia, should remain neutral in the conflict.

The motion received the support of right-wing congressmen and the rejection of the ruling party caucus, Peru Libre (PL) and other legislators.

PL legislator Bernardo Quito told Prensa Latina that he opposed the motion because political and economic interests are at play in the conflict, which Peru should not support, since it must maintain neutrality in the conflict.

He also pointed out that those who condemn Russia’s action hide that Ukraine fascist groups, in 2014, committed a massacre to impose a government hostile to Russia and pro-West.

He added that since then the autonomous Ukrainian territories of Russian culture have been victims of constant aggression by the official military forces, with a balance of 14,000 dead, without the United States, the United Nations and the North Atlantic Treaty Organization (NATO) doing nothing about it.

Quito also criticized the Western and Peruvian press that “applaud the retaliation of the United States and its allies against Russia,” without demanding the same attitude towards Israel, which maintains occupied Palestinian territories and continually attacks that people.

“There were also no sanctions or condemnation of the United States for the massacres committed against the people of Iraq, Syria, Afghanistan and Libya,” he recalled.

The anti-Russian motion, finally, received 54 votes in favor, 23 against and 26 abstentions and was not approved as it lacked the majority of the votes of the congressmen present, that is, 68 out of 125 attendees.