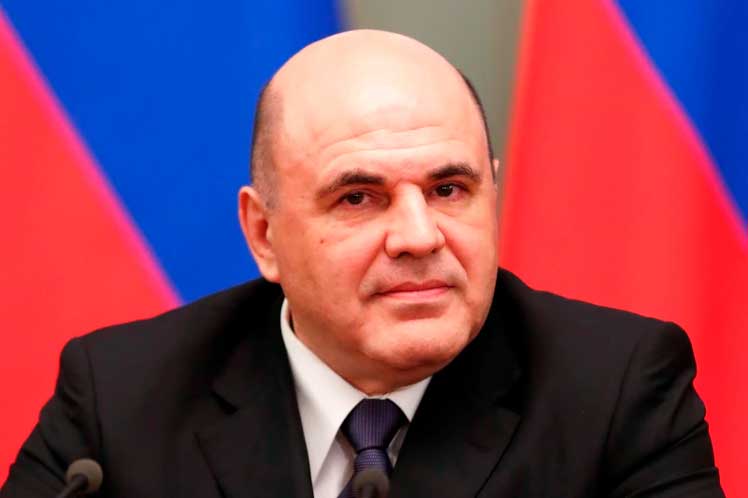 The head of the Russian Executive pointed out that Washington and its allies have moved from the persecution of specific politicians and business structures to broader restrictions that have an impact on the life of the population.

He recalled that in the face of threats of increasing sanctions, the Government in recent years adopted a number of decisions to support the development of domestic production and import substitution processes.

“Under the current conditions, I consider it necessary to activate the existing tools,” he stressed.

He pointed out that the implementation of the decree approved the day before by Russian President Vladimir Putin on special measures in response to sanctions will support the ruble and stabilize the markets.

He recalled that, according to the order, Russian residents cannot grant loans to foreigners in foreign currencies, and exporters will have to exchange 80 percent of their foreign currency revenues earned from January 1, 2022, into rubles.

Mishustin expressed confidence that the sanctions pressure on Russia will eventually ease.

“We hope that those who have invested in our country will be able to continue working in it. I am confident that the pressure of sanctions will decrease and those who do not follow the slogans of foreign politicians and keep on with their projects in our land will have their reward at the end,” he said.

After the Russian leader announced a military operation in Ukraine on February 24, the West increased the number of unilateral economic measures against the country.

The measures extended to the head of state himself and Foreign Minister Sergey Lavrov, established the disconnection of some banks from the Swift system, the closure of European and other countries’ airspace for their airlines and the freezing of the Russian Central Bank’s international reserves.