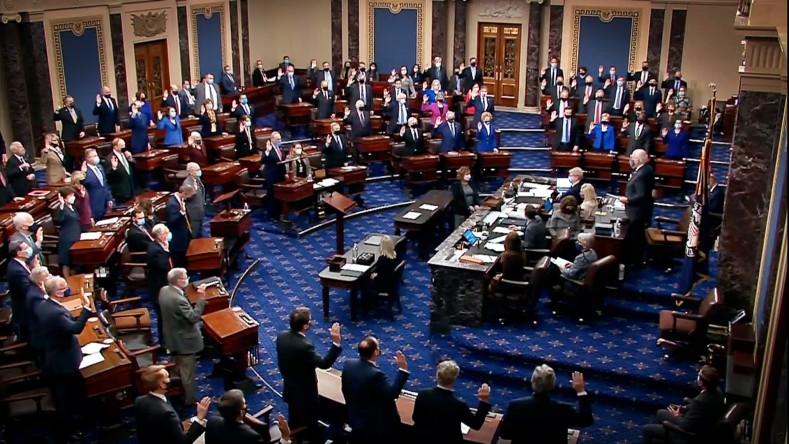 Washington, Feb 7 (Prensa Latina) Republican lawmakers are warning that any Department of Justice (DOJ) prosecution of former President Donald Trump will turn into a political battle, setting a high bar for Attorney General Merrick garland to act on an expected criminal referral from the House´s Jan. 6 committee.
Share on facebook
Share on twitter
Share on whatsapp
Share on telegram
Share on email

According to The Hill, the House select committee investigating the Jan. 6 attack on the Capitol previewed its likely referral to the Justice Department in a court filing made public last week and experts say the evidence assembled by House investigators would provide a strong impetus for prosecutors to act.

But Republican lawmakers and strategists warned that any federal prosecution of Trump will be accused of being politically motivated, boost Trump within the GOP and turn into a partisan food fight at a time as President Joe Biden is pivoting to the center and trying to keep his 2020 campaign promise to unify the country.

According to analysts, this would be a too dangerous move for the Joe Biden administration ahead of the Nov. midterm elections.

Sen. Mike Braun (R-Ind.) said any criminal referral from the House “would probably have as much political taint on it as you can get.”

Mr. Braun said Democrats are scrambling to change up the political narrative in response to Biden’s moribund job approval ratings and predicted launching a federal prosecution of Trump would be viewed along partisan lines.

Sen. Lindsey Graham (R-S.C.), a close Trump ally and senior member of the Senate Judiciary Committee, told The Hill any recommendation to prosecute from the House select committee would lack credibility.

The country wants to move on. Nobody is proud of what happened on Jan. 6 but people are like, “With all the problems we have going on in the country right now, this is going to be the focus of the Democrats?” Republican pollster Jim McLaughlin stressed.

Joe Biden privately told advisers after his victory in the 2020 elections that he did not want his presidency consumed by investigators of Trump, NBC News reported at the time, citing five people familiar with the discussions.