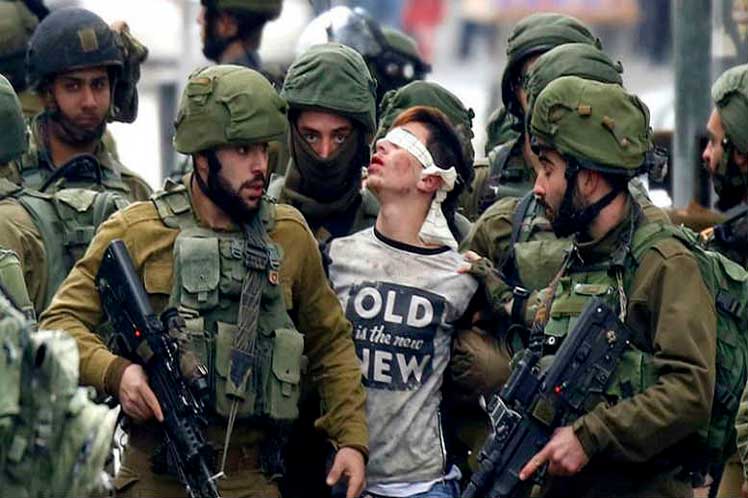 I am doing my duty as a human being to defend the Palestinians, and especially the shepherds, who are subjected to the worst treatment by soldiers and settlers, Jay Hirschfield, 53, told the official Wafa news agency.

I was attacked several times by Jewish terrorists and arrested dozens of times by soldiers, in fact I have to go before a judge tomorrow for insulting a policeman, he said.

Despite the threats, he assured that he will continue with his protests until a just peace agreement is reached, including the creation of a Palestinian state, where they can live “with respect and without harassment”.

Ronit Shaked, 56, a graphic designer who regularly participates in demonstrations against the occupation, made a similar statement.

We document the crimes committed against Palestinians and show them to the Israeli population, she said.

Shaked warned of an increase in attacks against Palestinians and solidarity activists by the police and the army.

“Terror by settlers and the military will not deter us from continuing our activities because we are obliged to keep the struggle to end the occupation and stop the individual and institutional violence,” she said.

When I joined groups defending the rights of the Palestinian people eight years ago, “I began to understand the scope and magnitude of the injustice they suffer,” said psychiatrist Uday Ronen.

Our work aims to raise awareness among Israelis about what is happening in the West Bank, she said.

Rones pointed out that settlers and ultra-right-wing sectors brand her as a traitor and an enemy for her rejection of these crimes.