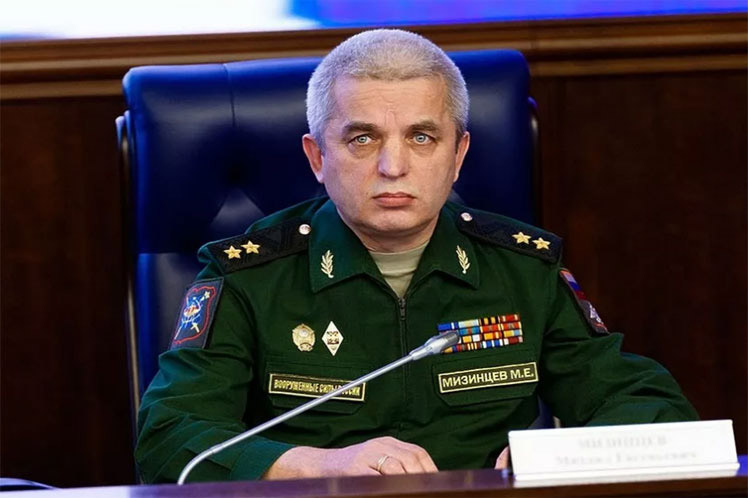 The head of the National Defense Control Center of this country, Colonel General Mijaíl Mizíntsev, pointed out that Moscow has been interested in the fate of all illegally detained foreigners, which has been raised with the embassies and relevant organizations.

He assured that, however, the Ukrainian authorities remain unresponsive to calls by foreign states to rescue their compatriots in distress.

The also head of the General Headquarters for Russian Humanitarian Aid to Ukraine assured that on the last day authorities received 11,412 requests from residents of the neighboring country to be evacuated to the Eurasian nation.

According to Mizíntsev, in total there are already two million 678 thousand 69 people in this situation from Ukraine in a database, with names and specific addresses in almost two thousand locations in that territory.

He indicated that a large part of the civilian population living in the former Soviet republic seeks refuge in Russia in the midst of a growing humanitarian crisis, without considering the options of exit to Western states.

Moscow began a military operation in Ukraine on February 24, after the authorities of the self-proclaimed Donetsk and Lugansk People’s Republics asked for help to repel the increase in aggression from kyiv.

Previously, the Kremlin recognized the independence and sovereignty of both territories and signed treaties of friendship, cooperation and mutual assistance with their leaders, which included the establishment of diplomatic relations and military aid.

Russian President Vladimir Putin, in a speech to inform about the start of the operation, stated the objective is to protect the population of Donbass from the abuses and genocide of the Ukrainian army during the last eight years, in addition to “demilitarizing” and “denazify” that nation.