Cuban deputies analyze new laws to be approved this year 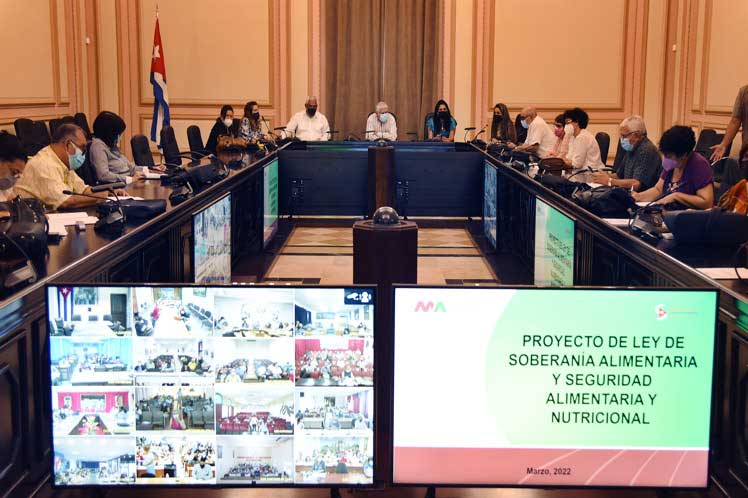 Cuban deputies analyze new laws to be approved this year

In videoconference format, the parliamentarians learned the details of the most recent versions of the draft laws on Food Sovereignty and Food and Nutritional Security and the one on Personal Data Protection, which constitute novelties in the national legislative panorama.

The president of the Committee on Constitutional and Legal Affairs, José Luis Toledo, explained the purpose of these meetings is to reach a consensus on the elements of the draft regulations, which will later be submitted to debate and scrutiny in parliament sessions.

He reported that the consultation process includes a tour of the country next April and other meetings by videoconference, this time on the remaining legal projects, among which are the Penal Code, the law of criminal proceedings and the constitutional protection law.

They will be intense sessions because in the next session of parliament eight legal norms must be approved that give continuity to the legislative schedule updated in December of last year, with which the provisions of the 2019 Constitution are expanded.

The draft law on Food Sovereignty and Food and Nutritional Security is the legal instrumentation of the National Plan of Cuba to advance on this issue and is characterized by the development of robust and extensive articles with numerous novelties.

According to the legal director of the Ministry of Agriculture, Mayra Cruz, the law’s main contribution is the organization of sovereign and sustainable local food systems, from which it regulates all production, transformation and marketing processes, as well as food education and nutrition, access to resources and risk prevention among others.

Unprecedented in Cuba, the personal data bill recognizes the rights of citizens in this matter and regulates the responsibility of institutions that handle this information.

The norm was presented to deputies by Oscar Silvera, Minister of Justice of Cuba, an organization that will be in charge of controlling personal data.

The minister pointed out that the island needs a legal text of this level due to the impact of digital technologies in all areas of life in the country, the increase in the exchange of information and the consequences of the improper use of existing databases.

The rights of people over their personal data, circumstances for the transfer of information, the system of contraventions and the mechanisms of access to the courts, are among the aspects that are collected in the 66 articles of the new legal text.

Silvera added that the project gives continuity to the rights recognized in the Constitution of the Republic and agrees with the most current trends on the subject at international level.

In December last year, the Cuban parliament updated the legislative schedule that by 2022 includes the approval of 27 laws and 14 decree-laws which respond to the country’s development priorities and demands.