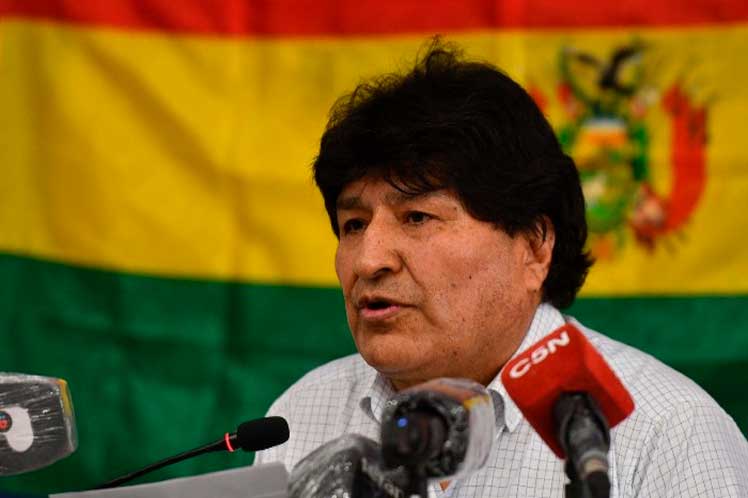 “Those who seek the division of the MAS-IPSP, seek the destruction of our organization,” assured the leader of the force with the largest bench in the Plurinational Legislative Assembly (parliament).

Morales insisted on his Twitter account that “our strength lies in unity and loyalty to the principles of permanent defense of the rights of the poorest against the looting and abuses of the pro-imperialist and capitalist right.”

In another message included in the social network, the leader of the MAS-IPSP maintained this is the largest, most important and influential political force in the history of Bolivia.

He added it feeds on the revolutionary impetus of the people and “organizes itself through its social movement in alliance with patriotic professionals and intellectuals.”

The leader who emerged from the coca growers’ unions insisted that “our obligation is to preserve unity with the truth and dignity of our decisions and actions. We are not in politics for money, we are doing politics for the Homeland.”

Just 72 hours ago, the Bolivian president, Luis Arce, also made a united call from Cochabamba at the inauguration of the Tantachawi (Great Encounter) of the National Council of Ayllus and Markas of Qullasuyu (Conamaq), which brings together community leaders of indigenous peoples from this country.

The Ethics Court of the MAS reported last Wednesday the expulsion and loss of the seat of the substitute deputy for Santa Cruz Rolando Américo Enríquez Cuellar, who denied the scaffolding of the majority party in the Legislative Assembly and asked to change his leadership.

Likewise, the Trade Union Confederation of Intercultural Women of Bolivia in Cochabamba excluded from its ranks the executive of the organization, Angélica Ponce, accused of defaming Evo Morales and inciting division by trying to create a structure parallel to that of this movement. Social.