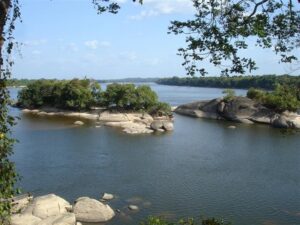 A total of 44 national parks protect this natural treasure full of contrasts, in a complex of protected areas with a wide gamut of ecosystems and mountainous landscapes, jungles, coastal lagoons, beaches, deserts, rivers and archipelagos,and cover almost one third of the country’s land.

Located in the southeastern state of Bolivar, one of those spaces, Caura, is the most recently established park in the country –declared as such in 2017- topping the list in terms of land, with some 75 339 square kilometers.

Seven million hectares are destined to preserve biological diversity, which gave the site recognition by the United Nations Environment Program as the world’s largest protected jungle.

According to information provided by Venezuela’s Eco-socialism Ministry, the National Park of Caura covers nearly 20 percent of Bolivar state and also represents 8.2 percent of the nation’s area.

The namesake river, the third most important one in the nation for its flow after the Orinoco and the Caroní, is its main river basin.

It is home to some 475 species of birds, 168 mammals, 46 reptiles and 16 amphibians, and has typical landscapes, such as the Guiana Shield that showcases many geological processes.