Cuba has a classification system for wetlands 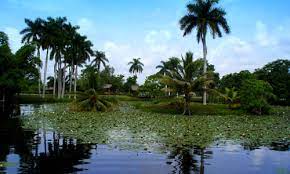 Cuba has a classification system for wetlands

The study was based on the compilation of data obtained during 20 years, from January 2000 to date, it allowed the current location and classification of the interior wetlands found in the quartzite sands in that territory, on the basis of elements provided by the National Institute of Hydraulic Resources.

“This classification demonstrates how flood levels influence the variability of the ecosystems studied,” the experts underline.

The wetlands studied, for the most part, represent important conservation areas for numerous species, not only plants, but also animals, and are currently subject to overexploitation, with many anthropic threats.

Such a situation – the source warns – can trigger the disappearance of ecosystems, and the extinction of important and representative species that identify the natural heritage and biodiversity of the province.

The work provides novel elements that can be used in decision-making and for the conservation of biodiversity in these ecosystems present in Pinar del Rio.

Wetlands constitute a fundamental element in the development of all living beings, it is water, the context in which these biotic and abiotic elements come together are very interesting from several points of view.

This word is currently widely accepted internationally and generically includes a varied group of ecosystems with very diverse characteristics, which are distributed worldwide, with common properties that allow their association.

These ecosystems are sources, sinks, and transformers of chemical and biological materials, help stabilize water supplies, contribute to the purification of polluted water, protect coastlines, and recharge groundwater.

“In the case of wetlands on quartzite sands, the rocks that support these sandy deposits, which are generally Miocene limestone, cause these depressions in the ground, since they are exposed to subterranean erosion of the aquifers present in the area”, the source explained.

“The passage of water gradually weakens the rock until it breaks due to the weight of the upper layers, causing depressions, this is called karstic-sufosive processes,” underlines the text of the Scientific Observatory of Cuba.