Cubans dominate the Varadero Half Marathon 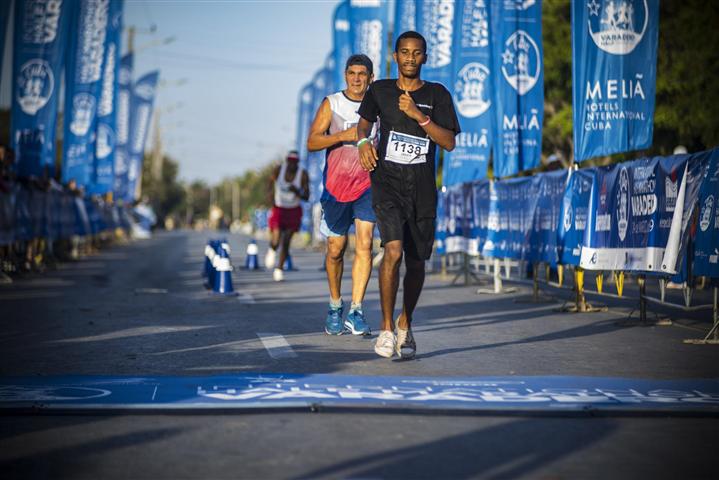 Cubans dominate the Varadero Half Marathon

Among the men, Estévez, a native of Bejucal, in the western province of Mayabeque, was the best after stopping the clocks at 1:10.19 hours, ahead of Spaniard Bruno Villazón, who passed the sentencing line 24 seconds later.

The third position corresponded to the representative from Santiago de Cuba, Cristián de los Santos, who stopped the watches at one hour, 13 minutes and 39 seconds.

“I am very happy with the victory. I trained very hard to achieve the goal. Not even the Covid-19 prevented me from training. It really is very comforting,” Estévez told the press.

Also champion of the Cacahual-Ciudad Deportiva race and of the 10 kilometers in the recently concluded Cuba Athletics Cup, Estévez affirmed that he will continue to prepare with great rigour, since he aspires to compete in the 2023 Central American Sports Games.

Meanwhile, in the 10-kilometer race the winners were Alejandro Rodríguez, a member of the national triathlon team in the men’s race, and Milena Pérez, a native of the central province of Villa Clara in the women’s race.

Rodríguez signed a time of 31 minutes and 24 seconds, followed by Kevin Milián, who crossed the finish line in 32.34 minutes and Mahel Salah Mahroos (33.03), second and third in that order.

The Varadero Half Marathon was run for the first time in 2018 and Kenyan Timothy Kiplagat was the winner among the men, while the Ethiopian Enatinesh Tirurew for the women.

The following year Kiplagat repeated the victory with a record of 1:02.51 hours, while the hostess Liuris Figueredo took over from the Ethiopian Tirusew.