Russia: No progress at talks, Ukraine never intended to negotiate 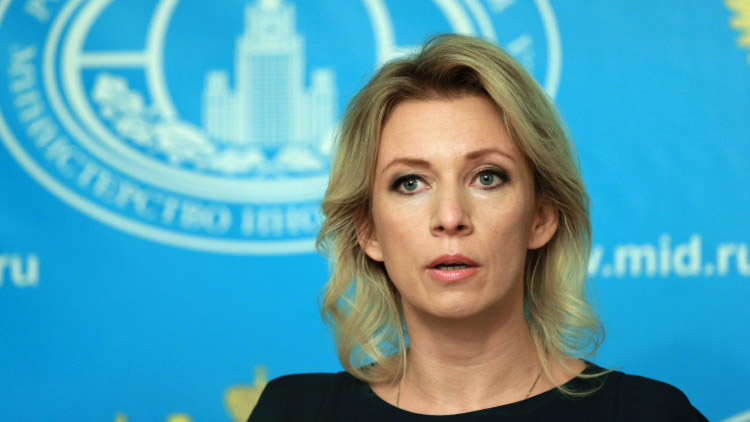 Russia: No progress at talks, Ukraine never intended to negotiate

“Now the whole world’s attention is focused on the way negotiations are being conducted. There is no progress, they´re circumventing and delaying such a process,” the Russian spokeswoman said.

Ms. Zakharova assured Ukrainian authorities have already been rolling out this same strategy for seven and a half years, referring to the breach of the Minsk agreements for a political solution to the Donbass conflict.

“Isn’t the use of these tactics what brought us to the present situation? This tactic undermined any idea the situation may be solved through negotiations,” she said, while recalling that negotiations following the start of Russia´s military operation in Ukraine on February 24 began at the request of the Ukrainian side.

“This was their initiative, apparently a sign they wanted to negotiate. In fact, they have never wanted it in these years. These have always been maneuvers for them to divert attention, develop military capabilities, but at the same time pretend they are, of course, seeking for peace and a negotiation process,” she said.

Russian-Ukrainian talks started on February 28 in the Belarusian region of Gomel, and continued in progress on March 3 and 7 at the Bialowieza nature reserve.

On Friday, Russian presidential adviser Vladimir Medinski pointed out that Russia-Ukraine talks continue without progressing on key issues, while stances are closer on less important issues.

According to Mr. Medinski, the Russian side harped on signing a comprehensive treaty that, in addition to Ukraine’s neutral status and its security guarantees, sets up a series of pivotal clauses for Russia, including the demilitarization and denazification of Ukraine, definition of the status and the recognition of Crimea and the Donbass people’s republics.

Plus, Mr. Medinski warned that in addition to these priorities there are other issues that, if they are not considered and studied, the agreement is unlikely.