US blockade against Cuba hinders access to staple food markets 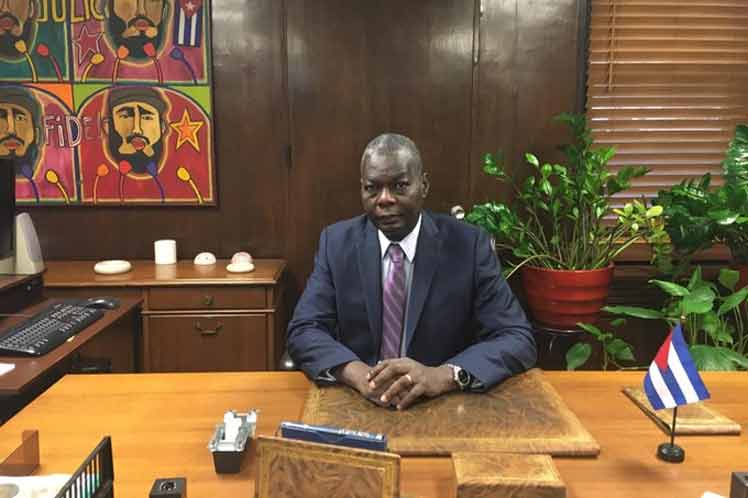 US blockade against Cuba hinders access to staple food markets

According to Mr. Pedroso, Cuba has been resisting a severe economic, commercial and financial blockade for over 60 years causing great deprivation to the Cuban people and being major drawback to domestic development.

In his speech at an informal dialogue at the UN on staple markets, Mr. Pedroso detailed on US blockade that really prevents Cuba from keeping normal relations with international financial institutions as well as with companies from other countries.

Likewise, he pointed out, the US blockade hinders equal access to the best technologies and the establishment of trade, financing and investment links with the world.

The Cuban ambassador strongly rejected the implementation of unilateral coercive economic measures, incompatible with international law and the UN Charter, which make it difficult to comply with the #Agenda2030.

Such actions prevent all States from inserting themselves in international markets, including the staple ones, under equal conditions, and in a fair and inclusive manner, Mr. Pedroso added.

In this regard, Pedroso urged for changing the unjust international economic order and the existing unequal production and trade relations.

Likewise, he referred to the need to increase the cooperation of developing countries with the least developed, and contribute to creating an international environment conducive to sustainable development.

Currently, there is a need for a reform in international value chains, generally controlled by transnational companies, which would enable developing countries to reach a higher degree of industrialization of their products, he considered.

“This is pivotal for our countries´ development and thus overcome barriers of underdevelopment, largely inherited from a colonial past,” he stressed.