US blockade of Cuba is a failed plan for regime change 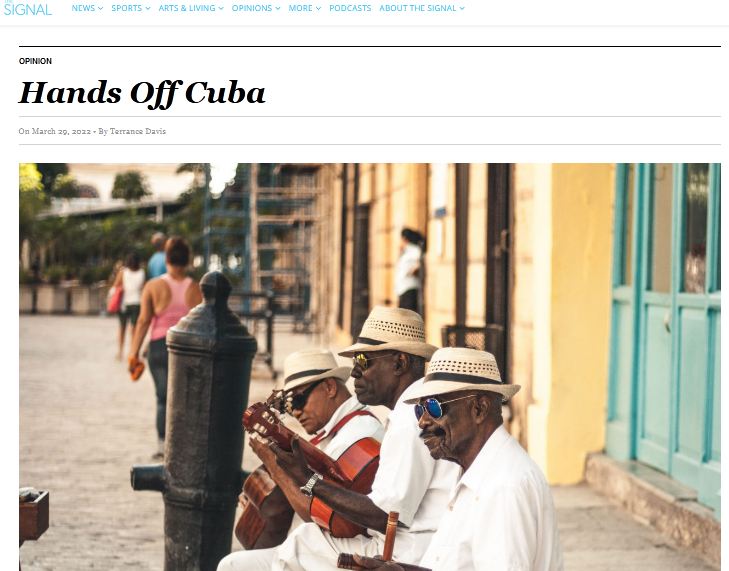 US blockade of Cuba is a failed plan for regime change

According to the article published on “The Signal” site, the US government has been involved in the internal politics of 41 Latin American countries, including the largest of the Antilles.

The blockade imposed 60 years ago on the Caribbean nation affects almost all facets of Cuban life, as the country faces obstacles in obtaining essential supplies, such as medicine and food, states the text signed by Terrance Davis.

Under the title “Hands off Cuba”, the publication points out that those most affected by the economic siege against an island “smaller than Kentucky” are its citizens and not the Cuban government.

The text recognizes how, despite limitations, after the triumph of the Revolution in 1959, Cuba made progress in health, education, and land was redistributed for the benefit of the majority.

The blockade responds to alleged human rights abuses on the island, but for Davis that justification is very weak, because the White House has never seemed to have much trouble associating itself with other nations that do violate the basic rights of people.

The author recalled how the well-known Memorandum of Deputy Assistant Secretary of State Lester D. Mallory advocates implementing measures of economic suffocation as the only way to avoid popular support for the then nascent Cuban Revolution.

For Americans, the blockade against Cuba is representative of the direct instability that we bring to other nations, and for the Caribbean nation it means its greatest obstacle in terms of development, says the commentary.

The author finally wonders why, if Cuba’s policies won’t work with or without a blockade, as many claim, why not lift it and see what happens?

The current Democratic administration led by President Joe Biden maintains the aggressive over 240 measures taken by Donald Trump (2017-2020) have not worked, why asks The Signal, has there been no change in the Island’s regime? ef/rgh/avr