FIFA will increase its income to a record figure 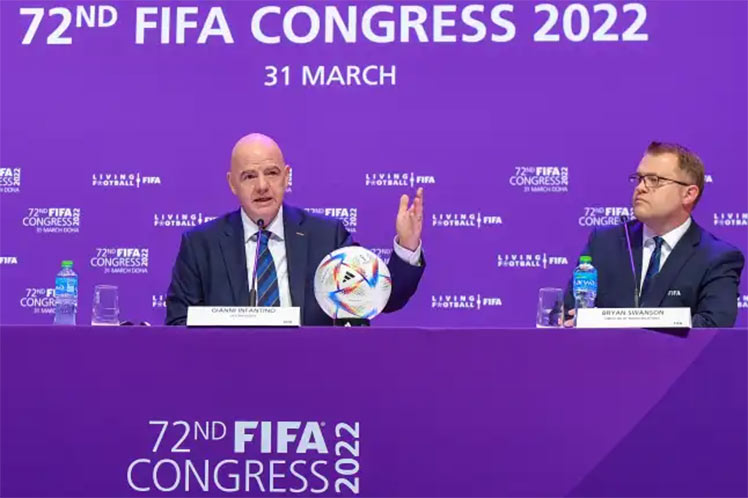 FIFA will increase its income to a record figure

During the annual FIFA Congress, Infantino specified that the body will reach this unprecedented sum, despite the effects of the Covid-19 crisis.

According to the manager, in 2020, the first year of the epidemic, the highest football organization reduced its profits to 266 million dollars, but that situation changed and by March, 2022, it reached its profit target, six billion 400 million dollars in the 2019-2022 financial year and will exceed that amount at the end of 2022.

For this reason, the entity spent more than one billion dollars on measures to combat the effects of the pandemic on football and at the same time, increased its liquidity reserves by 21 percent, to reach five billion 490 million dollars.

In 2021, the instance, whose financial exercises last four years, between the World Cups, declared revenues of 766 million dollars.

Most of these profits come from the television broadcast and marketing of the next World Cup in Qatar, which increased compared to the last universal event in Russia-2018.

According to the FIFA authorities, the television rights of the Arab fair should set a new record by the end of the year.

“Organizations like FIFA have the resources and the organizational resilience to withstand the worst effects of Covid,” said Simon Chadwick, professor of sport economics at Lyon Business School in France.

“Second, sponsors and broadcasters have sought safe havens during the storm of Covid-19, meaning stocks whose stability, commercial value and enduring presence have been proven,” he added.

According to the specialist, FIFA, like many other soccer players, will have a mana of income to sustain itself in the medium and long term, with the current frenzy for NFTs (certified numerical assets), cryptocurrencies and metaverses (numerical universes).

Although, like other world organizations, they must completely eradicate corruption and scandals.

“In FIFA, money no longer evaporates, it no longer disappears, it goes where it has to go,” Infantino stressed on Thursday, before declaring himself a candidate for re-election in the elective Congress, which will take place in early 2023.