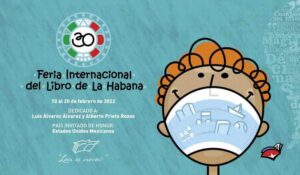 Havana, Apr 5 (Prensa Latina) Scheduled to be held from April 20 to 30, the Havana International Book Fair on Tuesday proposes a varied selection of works related to cinema on the island.

Under the label Ediciones ICAIC, of the Cuban Institute of Cinematographic Art and Industry, seven books will be on sale during the largest literary event in Cuba and of high prestige in Latin America, whose venue will be again the Morro-Cabaña historic military complex in Havana.

“Cien años de cine en Cuba” (1897-1997), by Ambrosio Fornet, stands out in the exhibition, whose pages contain a century of Cuban filmography, its evolution, main exponents, influences and identity. According to information released by ICAIC, “La historia en un sobre amarillo. El cine en Cuba” (1948-1964), by Ivan Giroud, president of the International Festival of New Latin American Cinema, who responds several questions related to the development of Cuba’s seventh art, is also on the program.

Another of Ediciones ICAIC’s proposals at this fair is the book “Sergio Corrieri: mas alla de memorias?,” by Luisa Marisy, which explores the creative work of this artist and for which its author won the 2019 Literary Critics Award, after a decade of research.

Other titles of the literary program are “Cuando el beisbol se parece al cine,” by Norberto Codina, who articulates the existing links between both disciplines, and “La hoja y el cuerno,” by Arturo Arango.