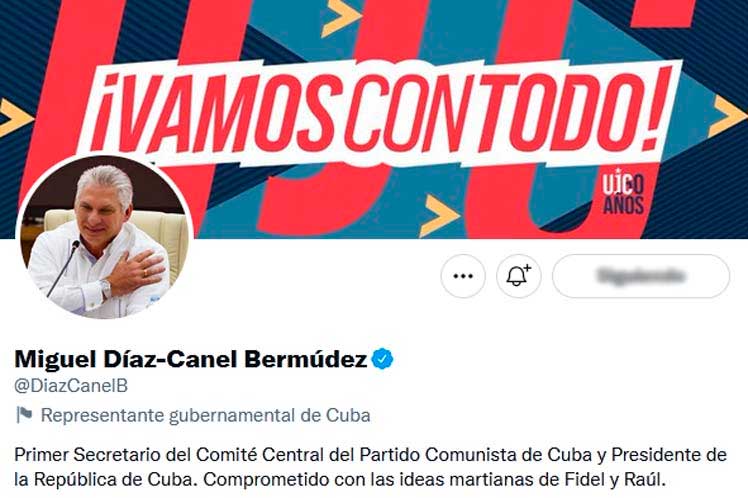 Havana, Apr 9 (Prensa Latina) The president of Cuba, Miguel Díaz-Canel, today rejected a resolution of the UN General Assembly in which Russia was suspended by a majority from the Human Rights Council of that organization.

On his Twitter account, when criticizing such a decision, the president stated that the Eurasian country is “indispensable to achieve the effective, fair and peaceful diplomatic solution that the current crisis in Europe urgently requires.”

He added that “the exclusions contribute nothing, on the contrary they damage the credibility and the capacity of the international system to manage peace.”

He also pointed out that “with the decision taken, a dangerous precedent is established and the conflict in Ukraine is further fueled.”

The resolution was approved, amid strong pressure from the United States on UN member countries, with 93 countries in favor, 24 against and 58 abstentions, without the text being previously discussed with the member nations.

Among the Latin American countries, Cuba, Nicaragua and Bolivia voted against, and in basing the island’s position, the permanent representative of Cuba to the UN, Pedro Luis Pedroso Cuesta, denounced that it would set a dangerous precedent.

He warned that this mechanism was used selectively and warned that “today it is Russia, but tomorrow it could be any of our countries, particularly nations of the South that do not bow to the interests of domination and firmly defend their independence.”

He stated that Cuba has always worked for a Human Rights Council capable of facing the complex challenges of the international community in this matter, from which no country is exempt.

He also questioned whether the Assembly will one day approve a resolution suspending the membership of the United States in the Human Rights Council, and pointed out: “We all know that this has not happened and will not happen, despite its flagrant and massive violations of human rights.” .