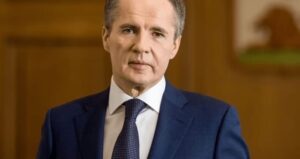 According to him reported on his Telegram channel, the destruction of homes or social services buildings in the area was not recorded either.

However, residents of the Bezýmeno and Spodariúsheno towns in the region, which are in the border area with Ukraine, were temporarily evacuated to ensure their safety.

“I hope that they can return home as soon as possible. Both villages are now under additional surveillance, including by members of volunteer patrols and Cossacks,” the official wrote on that social network.

On April 11, the Belgorod region decreed a high level of terrorist threat. Before, with the start of the Russian special military operation in Ukraine, local authorities recorded the fall of projectiles from Ukraine and as a result of these actions they reported one person died and several were injured.

This Thursday seven people, including a pregnant woman and a child, were injured in an attack from Ukraine against the Klímovsk district, in the Briansk region, the local hospital reported.

According to the emergency service of the Central Novozybkóvskaya regional hospital, where they were referred, the child and two adults are in serious condition, while the other injured are stable.

The governor of the Bryansk region, Alexander Bogomaz, reported that the bombardment by the Armed Forces of Ukraine hit two houses in the area.

For its part, the Russian Federal Security Service (FSB) reported a mortar attack the day before from Ukrainian territory in the vicinity of the Novye Yurkovichi border checkpoint, in the same region of this country.

According to the FSB Border Department, during the shelling two vehicles with more than 30 refugees on their way to Russia from Ukraine were damaged, but people were not injured.

Yesterday, the Russian Defense Ministry warned that its Armed Forces will launch attacks on military command posts, including in kyiv, if enemy troops carry out further incursions against border regions of the Eurasian nation.

“This is something that our Army has refrained from doing until now,” stressed the spokesman for the military entity, Major General Igor Konashénkov.

Russian regions on the border with Ukraine have activated their high level terrorist threat protocols (yellow) in recent days, given warnings about possible attacks and provocations from the territory of the neighboring country.