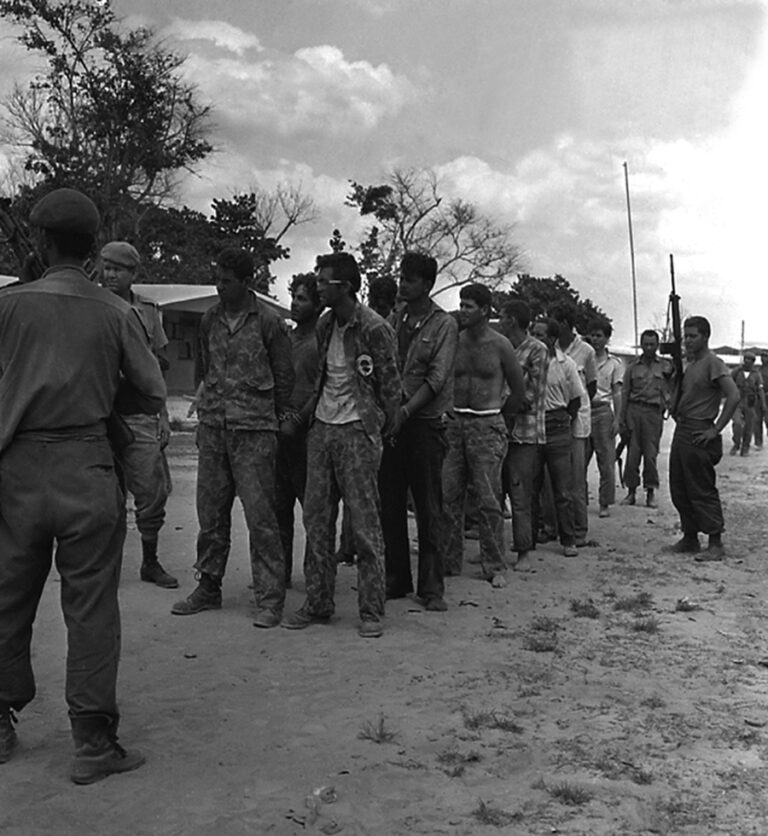 The self-propelled cannon vehicle in which the historic leader Fidel Castro was traveling arrived at the last redoubt of mercenaries to complete the victory against 1,500 troops of the 2506 Brigade, financed by the United States.

According to historical researches, the so-called Operation Pluto, inherited by President John F. Kennedy from Dwight Eisenhower’s administration, thus failed and the first great military defeat of US imperialism in America took place.

Some 1,200 Playa Giron prisoners were accused of treason against the Homeland, tried and after a period of time in prison, exchanges began to return them to the United States in exchange for compensation.

“The incredible thing is that the lawyer who negotiated with me, the CIA tried to use him to bring me as a gift a diving suit that was impregnated with fungi and enough bacteria to kill me,” Fidel Castro said in an interview with journalist Ignacio Ramonet.

The historic leader was referring to James Donovan, who first traveled to Cuba in August 1962 and with whom an agreement was reached to receive an indemnity of some 52 million dollars in food and medicine in exchange for the invaders.

Some members of that 2506 assault brigade are still alive, they participated in other aggressive actions against their country of origin, supported President Donald Trump (2017-2021) in his economic war of suffocating the island and 61 years later, still await the fall of the revolutionary Government.

On April 24, 1961, the US president acknowledged his government’s involvement in the events and as of then, Washington designed new strategies to end the young Revolution 90 miles away.

On November 30, 1961, the US president approved Operation Mongoose, the largest subversive plan orchestrated against Cuba, responsible for some 5,000 acts of sabotage and terrorist acts on Cuba in less than 10 months.

Successive US administrations continued with the same objective, legally codified the blockade against the Caribbean nation with the Helms-Burton Act (1996) and according to the Cuba Money Project website, they allocated more than 261 million dollars to subversion in the last three decades.