Assembly between WB and IMF warns about food crisis 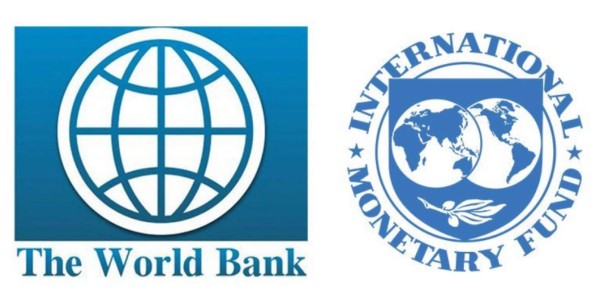 Assembly between WB and IMF warns about food crisis

During one of the meetings of the spring assembly between the IMF and the World Bank, leaders of these organizations and of the G7, the G20, the United States Government and the International Fund for Agricultural Development (IFAD) analyzed a problem that most strongly affects poor nations.

The leaders of the World Bank and the IMF attributed the increase in food prices to the war in Ukraine, but did not refer to the consequences of the sanctions from the West against Russia, which include trade restrictions.

In fact, the finance ministers of Germany, Christian Lindner, and of Indonesia, Sri Mulyani Indrawati, representing the G7 and the G20 respectively, considered it necessary to keep borders open for trade and not impose restrictions on the export of certain foods or pesticides, something that several nations have done since the conflict began.

According to the World Bank index that measures global food prices, in March there was a record increase of 37 percent compared to the same month of the previous year, explained its president, David Malpass.

For her part, the managing director of the IMF, Kristalina Georgieva, recalled the 2008 economic crisis when the world experienced a similar situation and considered that “acting quickly and in a coordinated manner is essential to keep free trade working.”

Both organizations considered it necessary to develop a plan that offers food and financial aid to the most vulnerable countries, as well as ensuring that there is sufficient supply of agricultural products.

For his part, the President of IFAD, Gilbert F. Houngbo, former Prime Minister of Togo, recalled that 80 percent of the men and women who live in extreme poverty in the world are in rural areas.

It is necessary to think not only at macroeconomic levels, but also microeconomic with solutions that allow improving the daily life of the poorest, he said.