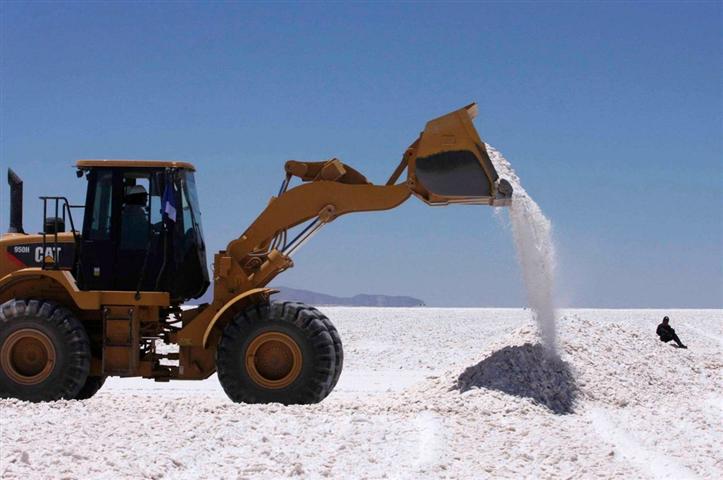 In an investigative work, the newspaper reveals that the concession was received by an individual in 2010 and then it was sold in 2013, already in the Peña Nieto administration, to the firm Bacanora Lithium.

After the approval of the Mining Law last week, reserving ownership of this strategic resource for the State, the door is open for a review that, in this case, involves a Chinese company that has rights over its exploitation, explains the newspaper citing official data.

It indicates that the largest lithium deposit in Mexico known to date and cataloged as the prospect with the largest mineral deposit in the world, will be exploited by foreign companies until the year 2115, according to that concession.

However, President Andrés Manuel López Obrador has stated that with the approval of the reform to the Mining Law, revisions will be made to dubious contracts and the exploitation rights to individuals.

Official data indicates that the Sonora Lithium Project, which belongs to the British Bacanora Lithium and soon will pass to the Chinese Ganfeng Lithium, has seven concessions in the municipality of Bacadéhuachi with a scope of eight thousand hectares. Most are valid for 50 years, which means they will expire in 2065.

However, the Mining Law establishes that any concession can be extended for another similar period, which means that, if requested, the exploitation of that deposit could be controlled by the Chinese company or by some other that pays for it, given that the concessions can be transferred, until the year 2115.

That time would be insufficient to finish extracting the lithium that the Sonoran deposit is presumed to contain, since according to a feasibility study distributed among its investors, Ganfeng Lithium estimates that the carbonate resources of that mine amount to 8.8 million tons, so it would take 250 years to completely deplete them.

This figure exceeds that disclosed in 2019 by Mining Technology, which declared the Sonora deposit as the largest lithium deposit in the world, revealing that it contained 243 million tons of proven and probable reserves, which had 4.5 million carbonate of equivalent lithium, that is, the mineral that can really be used to market it.

Estimates from Bacanora Lithium (current owner of the deposit), indicate that its plant in Sonora will initially have the capacity to process around 1.1 million tons of ore per year, to reach 2.2 million in a second stage.

President Andrés Manuel López Obrador was open to starting negotiations with the concessionaires when he announced that all those current contracts will be reviewed in their entirety.