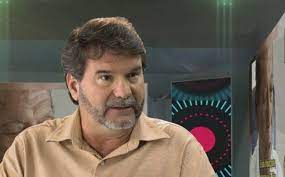 Through a message on the social network Twitter, the director of the National Library of Cuba José Martí highlighted the result of an exceptional dialogue-conference held with the outstanding intellectual at the entity’s headquarters.

According to what he said, during the meeting the workers donated to the Fidel Castro Center some copies of various foreign editions of the famous text “One Hundred Hours with Fidel”, the result of an interview that Ramonet held with the leader of the Cuban Revolution.

The Pandemic, the War and the New World was the name of his conversation in the national library that focused on climate change, migration and the unwanted effects of new technologies before the arrival of Covid-19.

In the words of the European academic, this reality became more acute with the arrival of a virus that demonstrated its lethality, further opened the gaps between many countries and, in the case of Cuba, manifested the potential of its science and medicine.

Ramonet applauded the results in suppressing the pandemic in the island and the vaccination process, as well as the solidarity with other nations such as Italy and Andorra, where medical brigades arrived to help them in the fight against Covid-19.

According to the institution’s website, the exchange took place at the Hart Theater and led to comments and questions, which the writer answered with correct criteria and foundations derived from his study of society and politics.

Resident in France, Ramonet directed the prestigious magazine Le Monde Diplomatique and holds the status of Doctor Honoris Causa from the University of Santiago de Compostela, the University of Córdoba, Rosario, Havana and Santo Domingo.

The author of The Empire of Surveillance (2016) is one of the guests at the 30th Havana International Book Fair that takes place in this capital until April 30 with the participation of more than 276 guests from 32 countries.