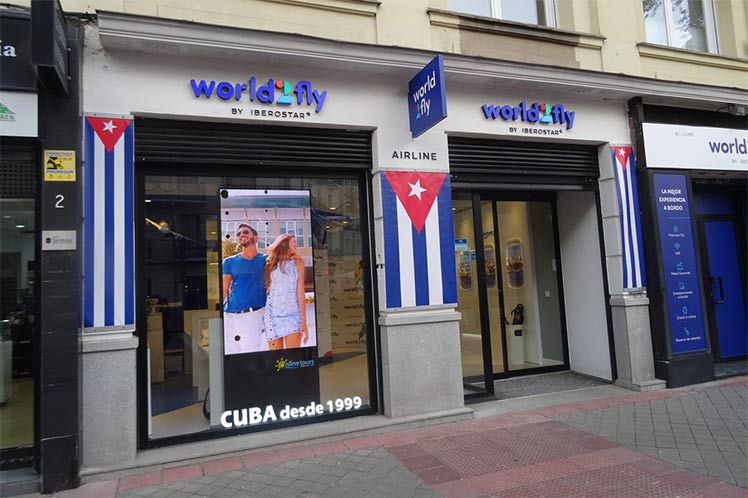 A colorful office, flanked by Cuban flags on Bravo Murillo Avenue, near central Madrid, offers two weekly flights in a modern Airbus A350 and package tours to the Caribbean nation.

In the presence of OnlineTours director general Javier Leal and World2Meet chief executive Gabriel Subias, Cuba’s Ambassador to Spain Marcelino Medina highlighted the expanded potentiality of the Iberian country in the tourist bet on the Caribbean country.

He pointed out that one of Cuba’s great strengths “is its classification as an epidemiologically safe destination. The data speak for themselves: Until April 24, a total of 9,941,380 citizens had been fully vaccinated” with their homegrown Covid-19 vaccines.

He stated that this accounts for 89.79 percent of the total population, and more than six and a half million people have already received the booster dose. 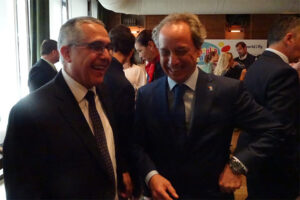 The Cuban diplomat said that the Spanish market is also beginning to recover. Although the figures are still modest compared to the past, he continued, there is a significant growth compared to 2021 and the weekly flights requested by the airlines indicate that it will increase steadily from summer onwards.

Medina took the opportunity to praise the commitment to Cuba by the Iberostar group, which is the sponsor of World2fly and World2Meet, in a 30-year relationship with the island, which he described as respect, mutual understanding and perseverance.

World2fly started its commercial flights to Havana on September 22, 2021, the airline will link the capitals of Portugal and Cuba in June 2022 and it will start a third flight from Madrid in July, Medina said.