Italian dancer Roberto Bolle aspires to dance in Cuba this 2022 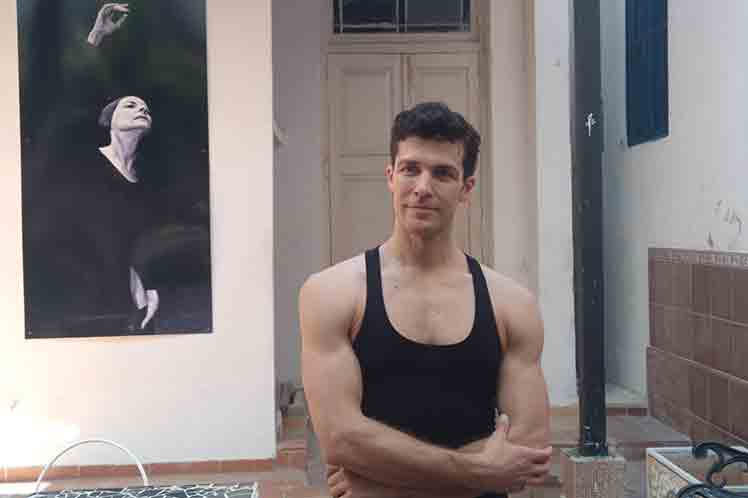 Italian dancer Roberto Bolle aspires to dance in Cuba this 2022

It is a great pleasure to be here, said the world dance superstar, who predicted his presence on the nation’s stages at the upcoming edition of the “Alicia Alonso” International Ballet Festival of Havana.

Bolle returned after 17 years to the land of the Prima Ballerina Assoluta to share with young professionals from the dance group that she founded and received a master class given by maestro Ernesto Díaz.

Cubans are friendly, they know and appreciate dance and that is something very beautiful for a dancer, said the artist named Goodwill Ambassador for the United Nations Children’s Fund in 1999.

If this omen were fulfilled, it would be his first time on the Cuban stage and thus fulfill a promise she made years ago to Alonso when he said he would dance the version of the ballet Giselle together with the National Ballet of Cuba on Caribbean soil.

I’m barely 47 years old, but I love being on the scene. I don’t think about the transition now, when I retire, but in the future I want to carry out a project, teach as an artistic director of a company, he commented.

Dance is what makes me happy, confirmed the acclaimed star performer on the most prestigious stages such as the Country Opera, the Bolshoi Ballet, The Royal Ballet, the Vienna Opera Ballet, Munich, Berlin, among others.

At the moment I love to dance and I intend to do everything possible, Bolle explained and referred to his performance in September at the Scala of Milan, which will be broadcast on television to share the show with that segment of the public.

The First Dancer of the Alla Scala Ballet Theater highlighted the freedom of physical expression offered by contemporary dance and recognized the work of prestigious choreographers and colleagues, some Cubans like Carlos Acosta.

The director of the National Ballet of Cuba, Viengsay Valdés, thanked him for his visit to the group’s headquarters, which she classified as having special significance, since it reaffirms the will to share experiences with international icons of the guild.

From the most natural way that a ballet class can be, we are reaffirming that didactics and desire to continue learning from the best, share our knowledge, see how it is expressed and comes off in its characters, she confirmed.

Valdés considered Bolle a gentle, affectionate, simple person and she recalled how close she came to dancing with him at the Scala in Milan during a premiere of the choreographic version of the Ballet Don Quixote, by Rudolf Nureyev.

I have always followed his work closely because he is a great reference for today’s dancers, many of whom are currently making a dream that seemed impossible come true.

In the curriculum of the exalted Tadzio from the ballet Death in Venice, his participation in the birthday of Her Majesty Queen Elizabeth II of the United Kingdom at Bukingham Palace and before Pope John Paul II at the World Youth Day in Vatican City in 2004.