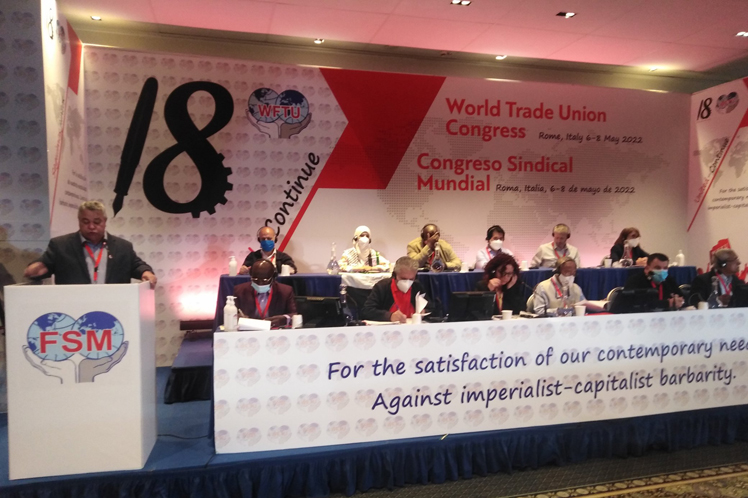 Speaking on the second day of the 18th Congress of the World Federation of Trade Unions (WFTU), Guilarte, who is also a member of the Political Bureau of the Communist Party of Cuba (PCC), pointed out that the Washington’s blockade against the Caribbean island is its main tool to try to bend and surrender the altruistic and internationalist spirit of Cubans. 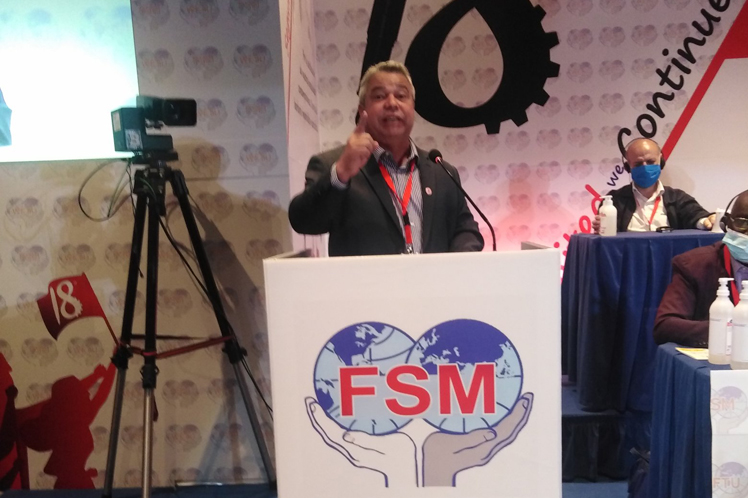 Cuba lives and works for its present and its future, to continue building a sovereign, democratic, equitable and social justice society, based on creative resistance, he pointed out. However, he noted that the blockade, intensified by 243 measures adopted by the Donald Trump administration and maintained by the current Joe Biden government, cause a major shortages of basic products, with speculative prices that reduce the purchasing power of salaries and pensions.

This cruel and hostile policy constitutes a flagrant, massive and systematic violation of the human rights of the entire Cuban nation, and it is rejected and condemned by the vast majority of the countries of the world and by all those who defend peace, sovereignty and the peoples’ self-determination, he noted.

The blockade is an act of genocide, an outrage against humanity and the main obstacle to Cuba’s development, said Guilarte, who stressed that “in the midst of the most difficult circumstances, the Cuban people have stoically maintained their noble tradition of sharing what they have, not what they have left over.”

In this regard, he stated that Cuba’s medical collaborators have treated more than one billion people in 150 countries, with no other commitment than to serve those who need it most, practicing their solidarity with deeds and not with words.

Solidarity among the peoples and their working class is the only way to consolidate political coordination and integration, he affirmed, and expressed gratitude for “the friendship and support, moral and material, from trade union organizations, many present here.” 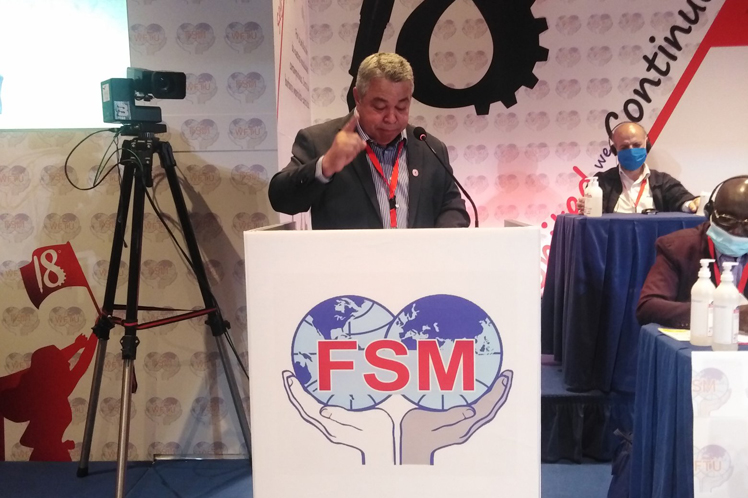 Likewise, he said, we reaffirm our solidarity with the Bolivarian and Chavista Revolution of Venezuela and with Sandinista Nicaragua; our unrestricted support for the legitimate right of Argentina to sovereignty over the Malvinas (Falkland) Islands. We ratify the invariable support for the Palestinian, Syrian and Sahrawi peoples.

On the other hand, the union leader highlighted that 77 years after the WFTU foundation and six years after its previous Congress, “we consider that progress was made in the execution of the projections and agreed objectives, and the leadership of the Organization was consolidated,” although he warned that “the scenario we are facing imposes new challenges.”

This makes it essential that the consensus we reach, the result of democratic and enriching debate, results in a platform of actions that allows us to articulate with opportunity and integrating capacity, the dynamics of changes in the world of work and face our battles more effectively.