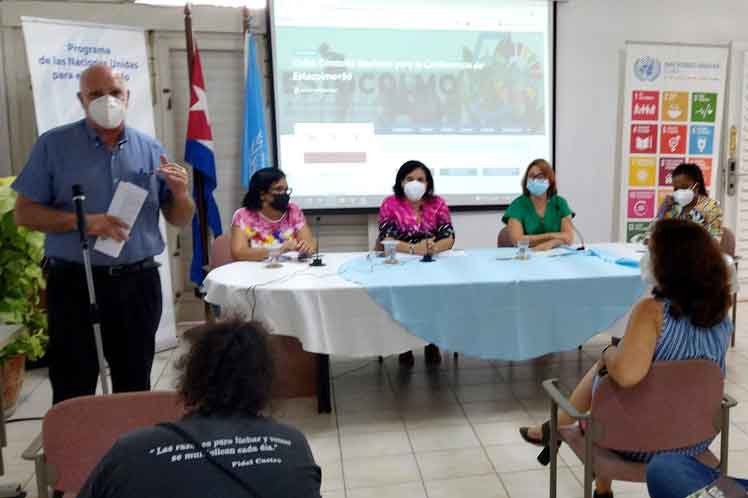 Havana, May 10 (Prensa Latina) Cuba is carrying out a process of national consultations with the active participation of numerous representatives of civil society, preparing for its participation in the Stockholm+50 International Conference, official sources said here.

In a meeting with the press, the resident representative of the United Nations Development Program (UNDP), Maribel Gutiérrez, stated at the headquarters of that organization in this capital, that Cuba is one of the Latin American nations selected to attend the meeting on sustainable development.

The invitation, she said, entails recognition of the Caribbean country for the work it has been doing for a long time in this area.

To date, in addition to the face-to-face meetings to gather the citizens’ criteria, the official stated that opinions have been received through the event’s digital platform set for these purposes.

The process, she argued, is also in line with the National Plan for Economic and Social Development (Pndes), and other programmatic documents of the Cuban state.

It is expected, she added, that representatives of a third party with the non-state sector.

Some of the most reiterated concerns, she pointed out, are around the need to enforce regulations as well as the strengthening of the interaction between entities.

One of the most important actions to be carried out during the process will be the celebration of the National Workshop that will take place on the 12th at the National Hotel in this capital, and where various social actors are expected to attend, she reported.

For her part, the general director of the Ministry of Science, Technology and Environment, Odalys Goicochea, estimated that the consultation process is taking place at a time of particular importance for Cuba.

She mentioned the upcoming discussion in the National Assembly (parliament) of the Natural Resources and Environment System bill, whose content establishes the basic principles and norms that regulate the actions of the State, citizens and society in that area.

The Stockholm+50 International Conference: a healthy planet for all: our responsibility, our opportunity, is scheduled to take place in the Swedish capital on June 2 and 3 and its purpose is to accelerate the implementation of the Sustainable Development Goals.

Their debates will be nourished by consultations carried out internally in each of the participating countries, in order to offer clear recommendations to governments and society in general on priority actions.