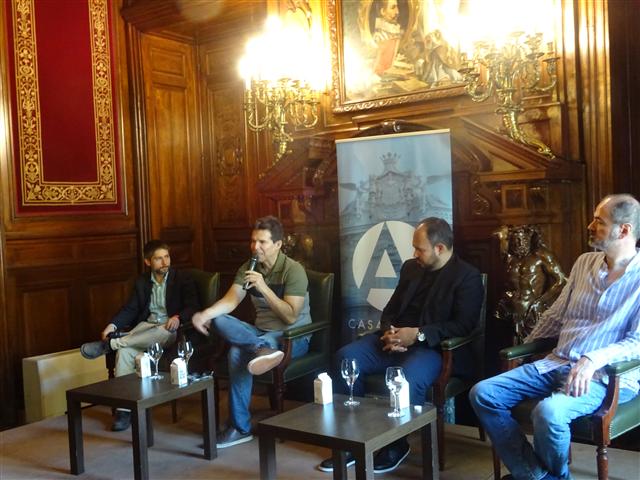 Madrid, May 11 (Prensa Latina) Dystopia and fantastic literature, two ways of qualifying "The look of the plants", a novel by the Bolivian writer Edmundo Paz Soldán, was presented today in Spain.

However, through the common threads of the plot, there is much more to the backdrop. They are a priori climate emergency lyrics, focused on the intricate Amazon jungles in the author’s comings and goings to different areas of the so-called “green lung of the world.”

Paz Soldán commented to Prensa Latina that ecological dichotomies go through the prevailing extractive philosophy in the Amazon, as he has confirmed since his first trip some 10 years ago to what is known as ground zero of the environmental crisis on the border between Bolivia and Brazil.

“If fossil fuels were not exploited and renewable energies were imposed, the world would be different. But we know that most politicians will not give up the immediate results of their management and will not risk their future with something still to be developed “, plot.

He admitted that in his incursions, he verified the states of semi-exploitation, almost slavery, of natives immersed in extractive work with wood, rubber, and bananas; or the terrible oil spills.

“I have seen how on occasions an oil spill is appreciated, because compensation grants the money that it would cost the inhabitants of a certain area to earn in six months. Everything is very paradoxical, contradictory,” he said.

The writer, based in New York, is a professor of Latin American literature and director of the Faculty of Romance Studies at Cornell University. He has 12 novels in his career, among them Fugitive River (1998), North (2011), The days of the plague (2017).

He chose the Almadía publishing house, a bit like the renowned Mexican author Juan Villoro, who told journalists today that he was fascinated by the idea of ​​publishing with a firm that tries to get out of the monopoly molds of the big houses and embark with mysticism on the adventure of promoting Latin American works and authors.

The director of Almadía, Guillermo Quijas-Corzo, explained that they arrive in 2022 in the third attempt to install a representation in Spain. The first time conditions were not given; the second time received the brake of the pandemic, and now they did it with good expectations.

Before the summer, the publisher from Oaxaca, Mexico, has a portfolio of four books, The look of the plants by Paz Soldán; Better than fiction, by Jorge Carrión; The Animal Siege, by Vanessa Londoño; and Ansibles profilers and other inventive machines, by Andrea Chapela.

Then, in the second half of the year, Selection of stories written by American pioneers of science fiction; I killed a dog in Romania, by Claudia Donoso; Where I go is always night, Bernardo Esquinca; and Monkey Boy, by Francisco Goldman.