Bolivia will verify social and economic use of land 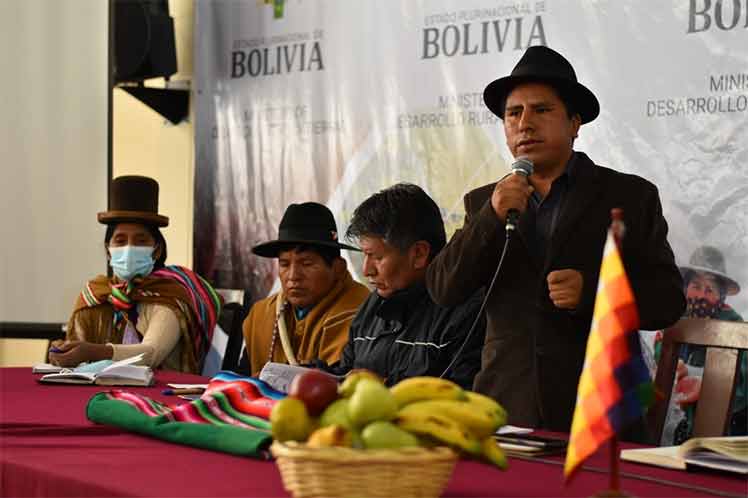 Bolivia will verify social and economic use of land

“We all know that the largest amounts of productive land are in eastern Bolivia, because that is where we have to work on verification,” he said in statements to the media, referring to what is established by the Political Constitution of the State.

When urging to apply the magna carta, the head of the area attached to the Rural Development and Land portfolio, evoked the support of its article 393.

That section of the regulations establishes that “the State recognizes, protects and guarantees individual and community or collective property of the land, as long as it fulfills a social function or a social economic function, as appropriate.”

During the 1950s, after the so-called National Revolution, the government of Víctor Paz Estenssoro carried out a policy of populating agricultural areas susceptible to development.

In this context, large landowners received extensive land that was then rural and jungle in the department of Santa Cruz, and the immigration of family groups was also encouraged to develop agricultural wealth.

According to Mollinedo, the state benefits provided for almost half a century have turned this area into a source of powerful agribusiness, which must now guarantee food security.

“If they don’t do it -warned the deputy head-, the State will reverse them and hand them over to the Bolivian Agricultural Production Company (EBPA) to strengthen food sovereignty”, he emphasized.

The EBPA was constituted in April of the current year with the objective of expanding the state presence in the sphere of production, processing and transformation of agricultural and livestock merchandise.

In statements to the state channel Bolivia TV, for his part, the Minister of Rural Development and Lands, Remmy Gonzales, reiterated that the Government hopes that the big businessmen who stopped planting corn to privilege other crops will reconsider.

He recalled that since 2017 and 2018, businessmen have reduced the area dedicated to corn cultivation.