Rejection and intolerance of sexual diversity rooted in the US 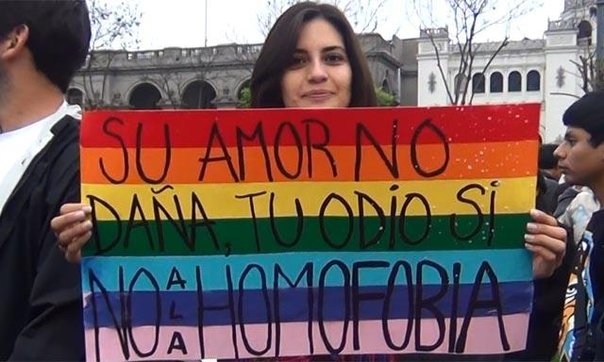 Rejection and intolerance of sexual diversity rooted in the US

“Countless people are at extreme risk for being themselves,” said the senior Joe Biden administration official in a statement on the occasion of the International Day against such conduct harmful to human beings.

Blinken reiterated the commitment to “end this intolerance”, because “everyone deserves to live with respect, dignity and security”.

According to experts, this year laws related to the teaching of human sexuality in the study plans emerged in many red states (the color that identifies Republicans); that prohibit trans student athletes and that deprive parents of the right to help their gender-variant children obtain appropriate care.

Conservatives are trying to exploit some anti-sexual diversity sentiments as an electorally viable avenue for anti-LGBTQ+ hysteria, they said.

A recent anti-LGBTQ+ law in Florida, which prevents the teaching of sexual orientation or gender identity in schools between kindergarten and third grade, is considered among the most retrograde in the country.

The so-called “don’t say gay” law, promulgated by Republican Governor Ron DeSantis (potential candidate for the presidency of the United States in 2024), could make invisible the history of this population in the southern state, where on June 12, 2016 occurred the massacre at the Pulse gay nightclub.

The shooting at that Orlando club, which left 49 dead and 53 wounded, is one of the worst massacres in national history.

In May 1990, the World Health Organization removed homosexuality from the list of mental illnesses, to advance in the protection and respect for the human rights of LGBTI groups.

Statistics from international organizations show that intimate relationships between people of the same sex are criminalized in 70 countries of the world and in 11 they are punished with the death penalty.