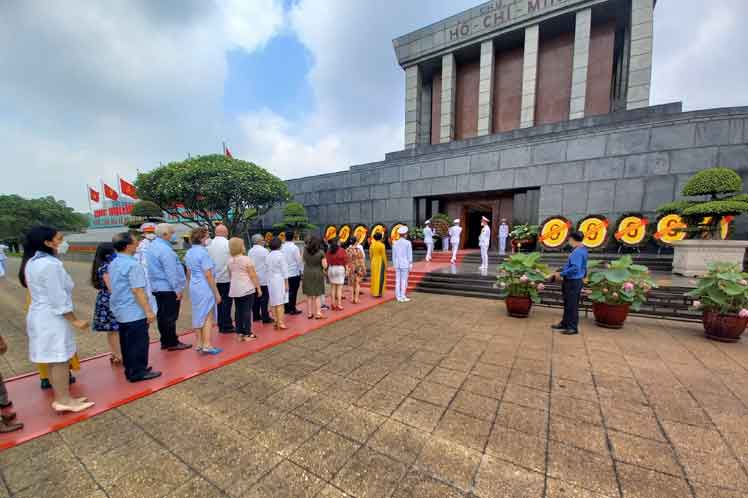 By chance, Marti fell in combat on May 19, 1995 and on the same day, but five years earlier, the man who history would recognize as the father of the Vietnamese homeland was born.

Both leaders’ efforts to conquer independence of their nations were highlighted during a ceremony in which wreaths were laid at a bust to the Cuban Apostle in a central park in Havana.

Joy Puentes, second head of the Cuban Embassy in Vietnam, stressed that despite the particular realities of their lands, and the geographical distance between them, Jose Marti and Ho Chi Minh shared ideas and principles that continue to govern the construction of fairer societies in their countries.

Those ideas and principles, put into practice by the Communist Parties of the two countries, also forged a special friendship between Ho Chi Minh and the historic leader of the Cuban Revolution, Fidel Castro, even though they never met, he said.

For his part, Nguyen Viet Thao, Vice President of the Vietnam-Cuba Friendship Association, recalled that Marti sowed the seed of friendship between the two peoples with his chronicle “Un paseo por la tierra de los anamitas” (A Walk through the Land of the Annamites).

Later, those attending the event placed a wreath to the Vietnamese leader at the mausoleum and visited the modest house that respected Uncle Ho lived, and other places associated with his fruitful existence.

Members of the Cuban Embassy, students and workers of the island on mission in this nation, representatives of the Communist Party of Vietnam, and Vietnamese citizens who studied in the Caribbean nation attended both activities.