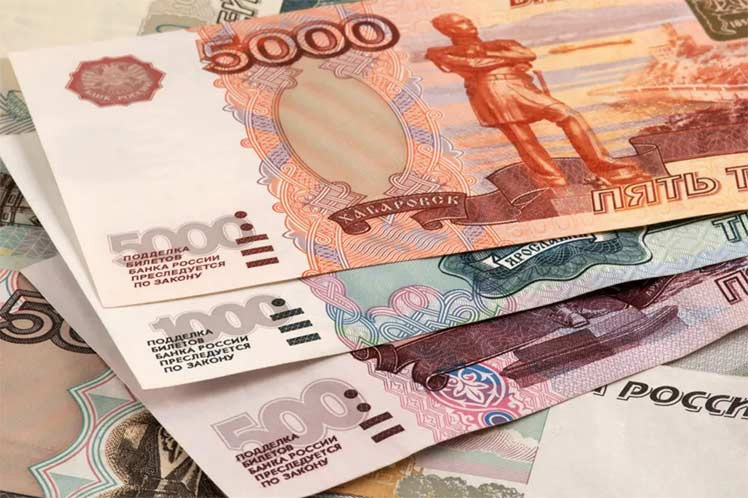 “The issue of the strong ruble constantly figures in meetings devoted to economic issues, in fact, President Putin holds them practically every week,” Peskov told reporters, and pointed out that the matter constitutes a priority for the Executive of Russia working to guarantee the macroeconomic stability of the country.

After the start of Wednesday’s session on the Moscow Stock Exchange, at 10:00 local time, the dollar fell below 56 rubles for the first time since February 2018 while the euro fell below 58 rubles, a record since June 2015.

As part of the measures devised to counteract foreign sanctions, this Tuesday the Russian president signed a decree that reduces the obligation of Russian exporters to sell their income in foreign currency from 80 to 50 percent.

The modified document implies the reduction of the mandatory sale of foreign currency earnings to 50 percent, a measure that responds to the stabilization of the ruble exchange rate and the accumulation of a sufficient level of liquidity in foreign currency in the domestic foreign exchange market, according to the Central Bank of Russia.

According to specialized media, the strengthening of the ruble is related to the impact of the measures applied by Moscow to defend the currency against sanctions.

In addition to controlling capital, the authorities forced exporters to sell 80 percent of their foreign currency earnings and established the payment of gas purchases in rubles to importers from hostile countries, a requirement that was eventually accepted by dozens of European companies.