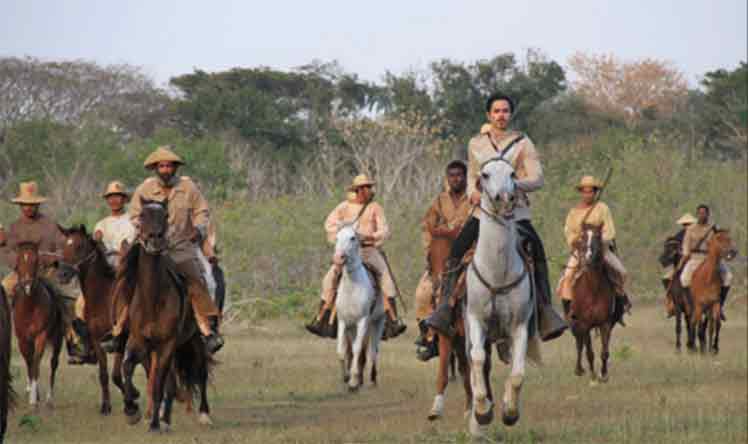 Starting today and until June 30, Cuban films will be screened every Thursday at the MSP Film at The Main, in Minneapolis, and then there will be debates on the works, according to the organizers.

El Mayor, the fiction film that opens the festival, is directed by Rigoberto López and recreates the life of Ignacio Agramonte y Loynaz (1841–1873), a Cuban independence fighter who played an important role in the Ten Years War (1868–1878 ) against Spain.

Later, on June 2, the hugs will be screened, by Jonal Cosculluela and Maritza Acosta, a documentary with stories of Cuban doctors who combated the Covid-19 pandemic on the island.

La Emboscada, by Alejandro Gil, is chosen for the night of June 9 at the MSP Film at The Main.

This fictional film narrates the vicissitudes of four Cuban soldiers, survivors of the liberation war in Angola, who were caught in an ambush.

Canción de barrio, by director Alejandro Ramírez Anderson, is the documentary that will be screened on Thursday, June 16, which shows stories woven around the tour of the most humble Cuban neighborhoods undertaken by the legendary troubadour Silvio Rodríguez from 2010 to 2012.

The Last Balsero, by Carlos Rafael Betancourt and Oscar Ernesto, is the film that will be presented on June 23.

The film tells the story of a young man who undertakes the dangerous illegal journey by sea from Cuba to the United States in search of an absent father.

To close the festival, the film Los Hermanos, by filmmakers Marcia Jamel and Ken Schneider, was chosen.

The production tells the story of two brothers who live in the midst of the geopolitical dispute between two nations, one in Cuba and the other in the United States.

This festival is organized by the Minnesota Cuba Committee, together with the MSP Film Society and the Cuban Institute of Cinematographic Art and Industry.

According to its organizers, this event shows diverse and challenging films about social change, human struggle and the audacity of the Cuban spirit.