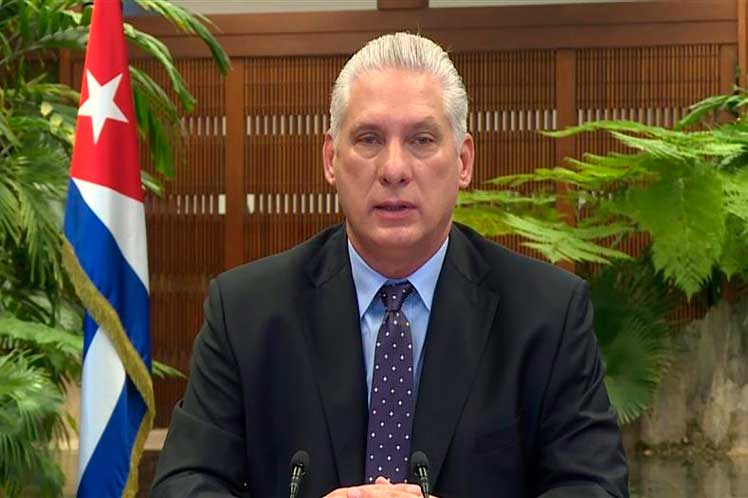 In his video message to the meeting of the Supreme Eurasian Economic Council, based in Bishek, Kyrgystan, the President said that the document was prepared on the basis of existing potentialities in the countries of the Eurasian Economic Union and Cuba.

The Eurasian Economic Union is an international organization for regional economic integration. It provides for free movement of goods, services, capital and labor, pursues coordinated, harmonized and single policy in the sectors determined by the Treaty and international agreements within the Union.

The Member-States of the Eurasian Economic Union are Armenia, Belarus, Kazakhstan, Kyrgyztan and Russia. Cuba, Moldavia and Uzbekistan are observers’ countries.

After asserting that the Covid-19 pandemic continues under control in Cuba, Diaz-Canel mentioned that a Cuban research center which developed two vaccines against this disease is carrying out two studies with the aim to protect nursing babies from the virosis.

He stressed the steps taken for a systematic exchange between the EEU and the Special Economic Development Zone in Mariel, western Cuba, and highlighted the participation of the Russian Research Institute of Management Problems in setting up an industrial park in that area. The President further said that the Cuban Chamber of Commerce is expanding ties with EEU States about business opportunities in sectors such as information and communication technologies, medical services, food industry, education and applied sciences.

He denounced the damaging impact of the US economic, trade and financial blockade on the island amidst an international crisis.

In this issue, he thanked on behalf of the Cuban people the support given by the Euroasian bloc to the international demand that Washington ought to cease the blockade.