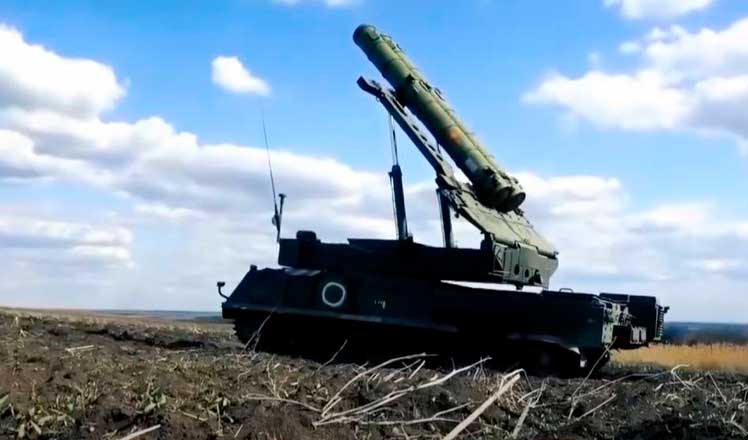 Moscow, May 27 (Prensa Latina) The spokesman for the Defense Ministry of the Russian Federation, Major General Igor Konashenkov, reported that Russian air defense forces shot down a Ukrainian MiG-29 jet fighter over the town of Beliary, in the Odessa region, and intercepted a Tochka-U missile over the city of Svatovo, in the Lugansk People's Republic.
Share on facebook
Share on twitter
Share on whatsapp
Share on telegram
Share on email

Konashenkov also said that the Russian air defenses shot down eight Ukrainian drones over the Kharkov region and the Donetsk People’s Republic (DPR).

“The Russian Aerospace Force destroyed a Buk-M1 launcher and a Ukrainian S-300 system tracking and engagement radar,” near Gusarovka, in the Kharkov region, Konashenkov said. He also reported that the 10th Mountain Assault Brigade of the Ukrainian Armed Forces were hit using high-precision missiles near the town of Bakhmut, in the DPR.

Konashenkov also stated that seven command and observation posts and 13 staging areas for personnel and materiel were hit by missiles.

For its part, the DPR Territorial Defense Headquarters reported that the forces of the popular militias, together with the Russian troops, seized 220 towns, including the city of Krasny Liman in the Kramatorsk district, in the north of the republic.