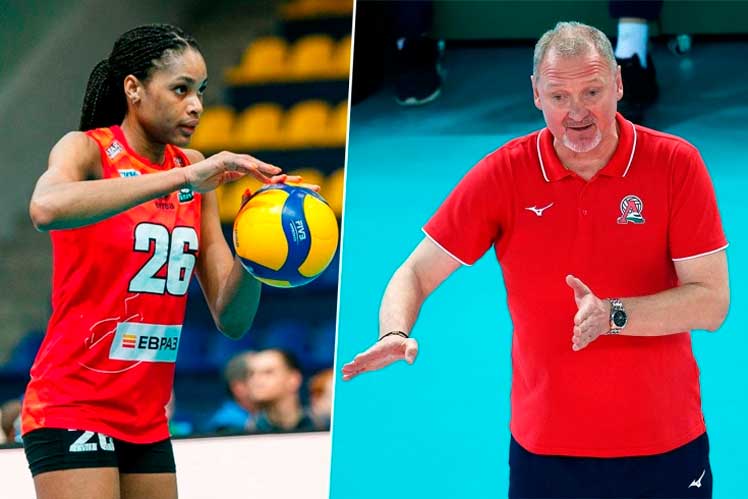 “The suspension only applies to the events of the Russian Volleyball Federation, but we cannot prohibit him from being a coach,” said the secretary general of that body, Alexander Yariomenko, who clarified that Voronkov cannot take athletes to the field.

On May 12, during a time-out in a decisive game of the Russian championship final series against Uralochka, Voronkov, referring to a female volleyball player on his team, said: “Why are you blocking that monkey again?

The offense was captured by cameras and the video became viral on social networks very quickly, accompanied by strong comments rejecting the offense.

For its part, Uralochka considered that the words were directed to the Cuban player of their team, Ailama Montalvo, and demanded that the Lokomotiv technical director apologize.

As reported by the Russian Volleyball Federation, its disciplinary commission requested that Voronkov be disqualified for up to two years. It also reported that the coach refused to apologize to the Cuban player and to admit his guilt.

Montalvo, who arrived in Russia in 2019 and whose contract expires in the summer, assured after the game that her insult had not affected her at all, although she criticized Voronkov’s lack of professional ethics.

“I know who I am, I like my color and I am proud to wear it on my skin. I am not ashamed of it. I like people for what they have in their hearts and for what they are capable of transmitting in everything they do not because of their skin color, nationality or whatever,” she wrote to her followers online.

On May 20, Lokomotiv publicly apologized for the incident, but Voronkov refused to comment on the situation. Uralochka, for its part, pointed out that it expected a personal apology from the coach and not from the club.