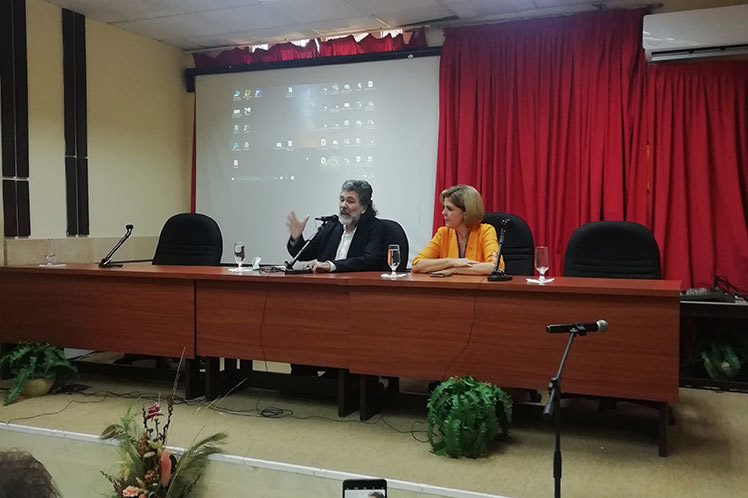 “The entire planet is a victim of cultural globalization,” stressed Prieto, president of Casa de las Americas, in a special speech in this capital, in the context of the 2nd International Congress on Science and Education, which will end on Friday.

The big centers of power impose their models, paradigms and lifestyles in an attempt to erase the history of nations, he commented.

We must urgently confront this phenomenon, and I am not an alarmist when it comes to something so toxic, he added.

We did not hear the roar of bombs, nor did we observe a notable weapons deployment, nor did we feel the damage of chemical weapons, but cultural colonialism almost goes unnoticed and many are not fully aware of the need to stop this process, the intellectual pointed out.

Globalization seems naive, it comes disguised as modernism and therein lies the trap, warned the president of the Havana-based Casa de las Americas.

He drew attention to the term information surfing, which consists of seeing the surface of a piece of news, and not delving into it, and this, together with intellectual laziness, constitutes a true disease.

Any enigma of thought is rejected, and the dangerous mix between reality and lies is appealed to, hence the importance that teachers teach the history of their country, the trajectory of its heroes and in this way make known the place that occupies that nation in the universal context, he said.

Young people have new codes to communicate and through them they must transmit love to their land, because it is inadmissible that they know about the life of famous singers or influencers, and do not know who was Mexico’s Benito Juarez, Venezuela’s Simon Bolivar, Argentina’s Jose de San Martin and Cuba’s Jose Marti and Fidel Castro.

One element that could contribute to the battle against cultural colonialism is the use of social networks and mobile applications, Prieto proposed.

A key element to curb anticultural madness would be that schools, institutions, television producers, content creators on networks, among other factors in society, act coherently, he asserted.