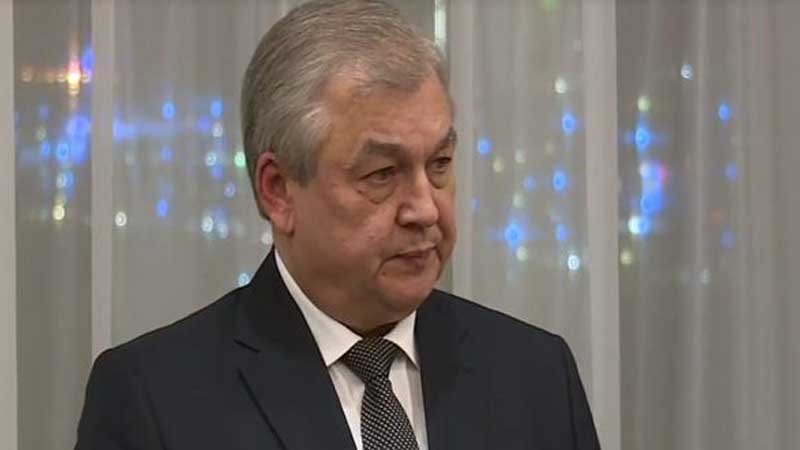 “In reality, the US units there are mainly engaged in protecting the oil fields, ensuring that the looting of the Syrian national wealth is carried out,” the official said, according to the TASS news agency.

According to Lavrentiev, it is necessary to put some kind of barrier in the way of Washington’s “predatory and barbaric looting”, which prevents Damascus from obtaining revenue from the extraction of oil, and does not allow it to ensure a good standard of living for the population of the country.

Nursultan is the venue from this Wednesday until tomorrow for new talks on Syria in the Astana format, with the participation of delegations from the guarantor states (Russia, Turkey and Iran), in addition to the government and the armed opposition of Syria.

The spokesman for the Foreign Ministry of Kazakhstan, Aibek Smadiyarov, said that a representation of the United Nations will also participate in the consultations, in addition to representatives of Jordan, the UN High Commissioner for Refugees (UNHCR) and the International Committee of the Red Cross, as observers.

According to the agenda of the meeting, the delegations of the guarantor countries are expected to carry out bilateral and trilateral consultations on Thursday at the level of experts, and a plenary session with all the parties will take place on the same day.

Since March 2011, Syria has been the victim of a conflict that has destroyed the country, with government forces facing organized armed opposition and terrorist organizations.

The solution to the problem is being negotiated via two platforms: that of Geneva, under the auspices of the UN, and that of Astana (old name of the capital of Kazakhstan, now Nur-Sultan).